The police have prepared a five-day action plan including postmortem of the snake and interrogation of the accused. 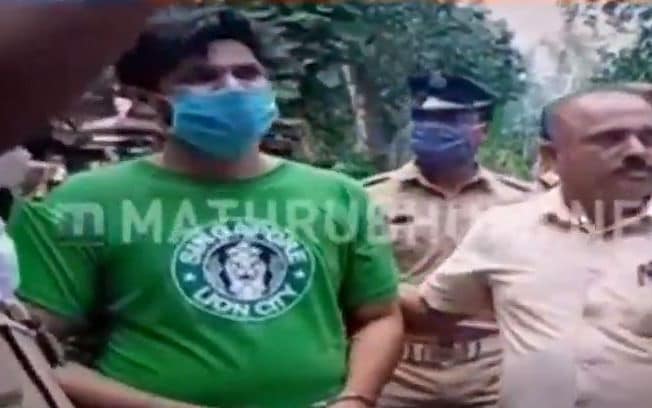 Kollam: In connection with the brutal murder of a woman using a snake here, the police collected evidence from the crime scene with her husband. The key accused Sooraj was brought to the house of his wife Uthra, whom he murdered. The investigative officers found out the plastic jar in which he carried the snake. The evidence was collected under the leadership of Crime Branch DySP Ashokan.

As there are no witnesses in the case, the circumstantial evidence are very important. As part of this, Sooraj was taken to Uthra's house before producing at the court. Forensic experts also are searching the house. The primary details like the container in which he took the snake and things he did on the day of crime are being collected. Evidence collection will continue even in Sooraj's house in Adoor.

Key accused Sooraj and his accomplice Suresh will be produced at the court on Monday. The police will request custody of the accused after this. Case based on Wildlife Protection Act also has been charged against the accused. One more cobra snake was also found from Suresh's house. Both snakes which bit Uthra will be subjected to autopsy.

The police have prepared a five-day action plan including postmortem of the snake and interrogation of the accused. The length of the snake's tooth, the depth of the bite mark on Uthra's body and similar details will be checked. The corpse of the snake was taken out from where it was buried. The Crime Branch is also investigating if there are more culprits involved in the case.

The forest department started procedures to find out the snake catchers in Kollam district. Two of Suresh's friends are already in custody by the forest officers. It is learnt that eight illegal snake catchers are yet to be nabbed.