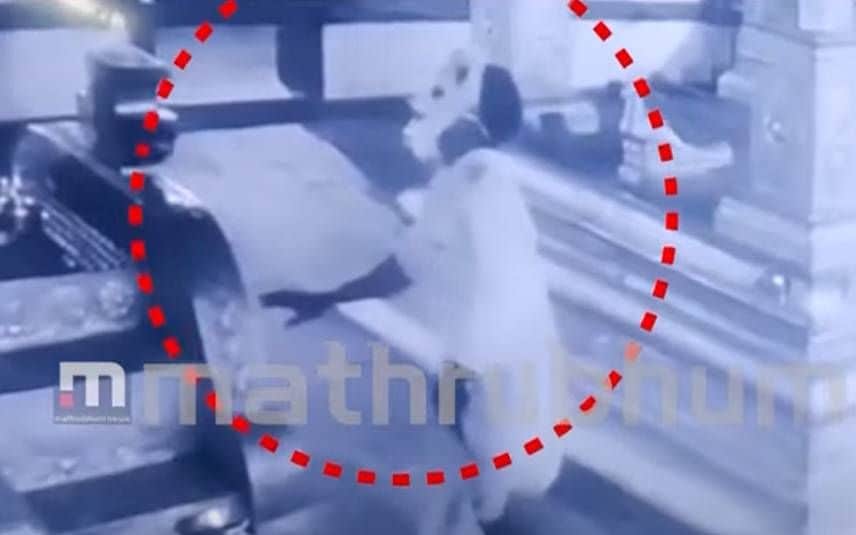 CCTV visuals of the theft | Photo: Screengrab from Mathrubhumi News

Alappuzha: A theft happened at Sree Kumaravilasam Temple at Puthanangadi in Aroor in the wee hours of Friday and the CCTV visuals of the crime are getting widely circulated for one interesting reason. The visuals show the masked thief offering respects before the sanctum sanctorum (Sreekovil) of the temple.

According to police, the thief entered the temple breaking the sanctum sanctorum and gold items including sacred ornaments are missing.

The theft happened around 1 am. However, the incident came to light when temple office-bearers reached the temple in the morning. The doors of sanctum sanctorum were seen open and they realised that a theft has happened.

Meanwhile, police have launched a manhunt for the thief.