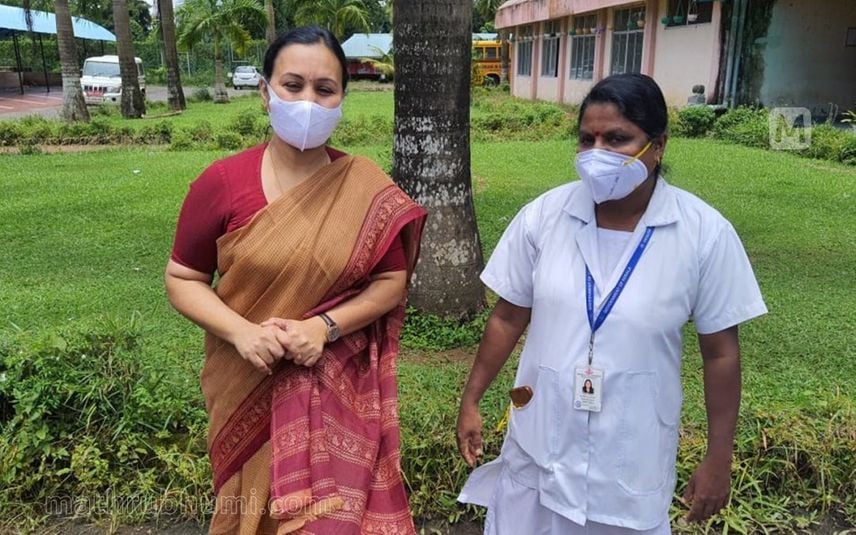 Thiruvananthapuram: Health Minister Veena George has visited health worker K. Pushpalatha, who managed to administer the vaccine to a record number of 893 people in seven hours. The minister visited the Chengannur district hospital and felicitated the junior public health nurse Pushpalatha who worked tirelessly to vaccinate maximum number of people.

Minister Veena George said that the department has a large number of dedicated health workers who put in a lot of sacrifices without even their name ever being mentioned. They are the ones who drive our system forward, the minister said.

Pushpalatha told the minister that she got the job with great difficulty. Though she was a singer, she was successful to complete the nursing course with the support of her husband's family.

Along with the vaccination duty, she also handles work in the ward without fail. Pushpalatha said that one should not only wish to get a job but also be willing to work honestly.

She also thanked her co-workers and stated that teamwork is behind her success.