As many as 1.8 million Indians are estimated to spend $ 85 billion on education abroad by 2024, according to a report by RedSeer. Most of them opt for global professional opportunities and world-class universities so that they could be 'self-reliant' and 'live life on their own terms'. 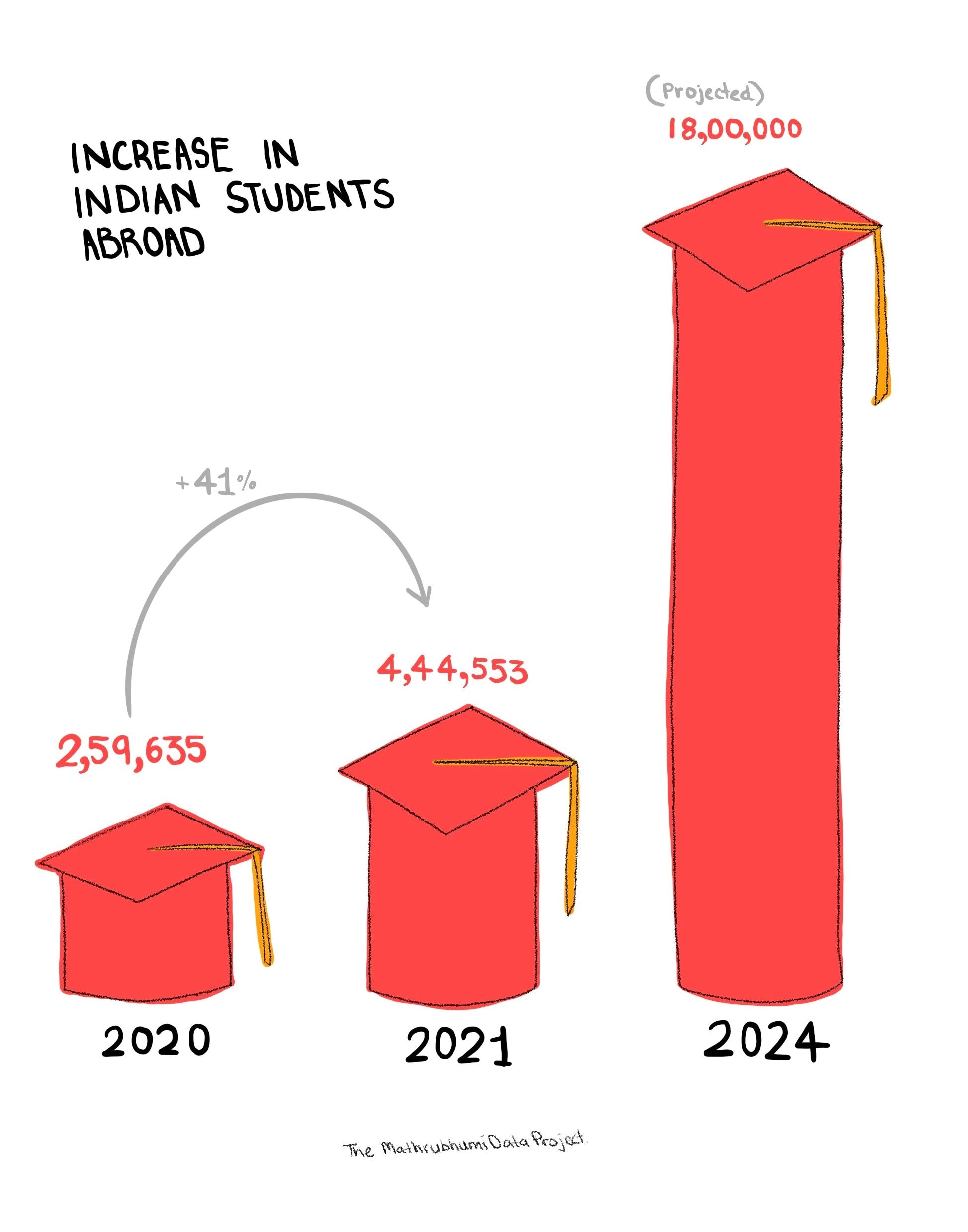 According to government data, 30,948 students from Kerala left for USA, UK, Australia, China, Germany, Poland and Ukraine for higher studies during 2019. The reason for this is the realization that the standard of education in India has fallen sharply. Is this correct?

"The main reason Indian students join foreign universities is because they get education with different job opportunities. Having a degree from an internationally recognised institution always stands a chance of getting into a top institution. The colonial mindset within the country will see a foreign University student better when compared to even a better performing local student. Indian universities does not figure in global ranking when compared to American, European universities. If even an Ivy league university is accessible and offering scholarship, why wouldn't a student go for it.

The quality of published research is one which aspiring researchers and scholars want to follow. Along with studies, the dimension of a global outlook and personality development shapes the decisions to a large extent”, explained Dr. Monisa Qadiri. Senior Faculty Member of Journalism and Media Studies from Islamic University, Kashmir.

"There are multiple reasons for that. The quality of education is much better outside. Two, exposure to a different culture. Three, foreign-educated PhDs are more accepted in Indian universities," said Saurabh Sharma, a PhD student at Wuhan University of Technology.

"Our children join universities mainly for jobs in the US and Europe. It becomes easy if they study there. The life of a student is very tough. Most of them have availed loan. There is lot of competition for working too. But once they find a job everything will be fine”, Professor Anubhuti Yadav, New Media, Indian Institute of Mass Communication, New Delhi shared her experience.

"It is not entirely true to say that the interest in foreign education has increased after the Covid epidemic. In the last few years, there has been a trend of 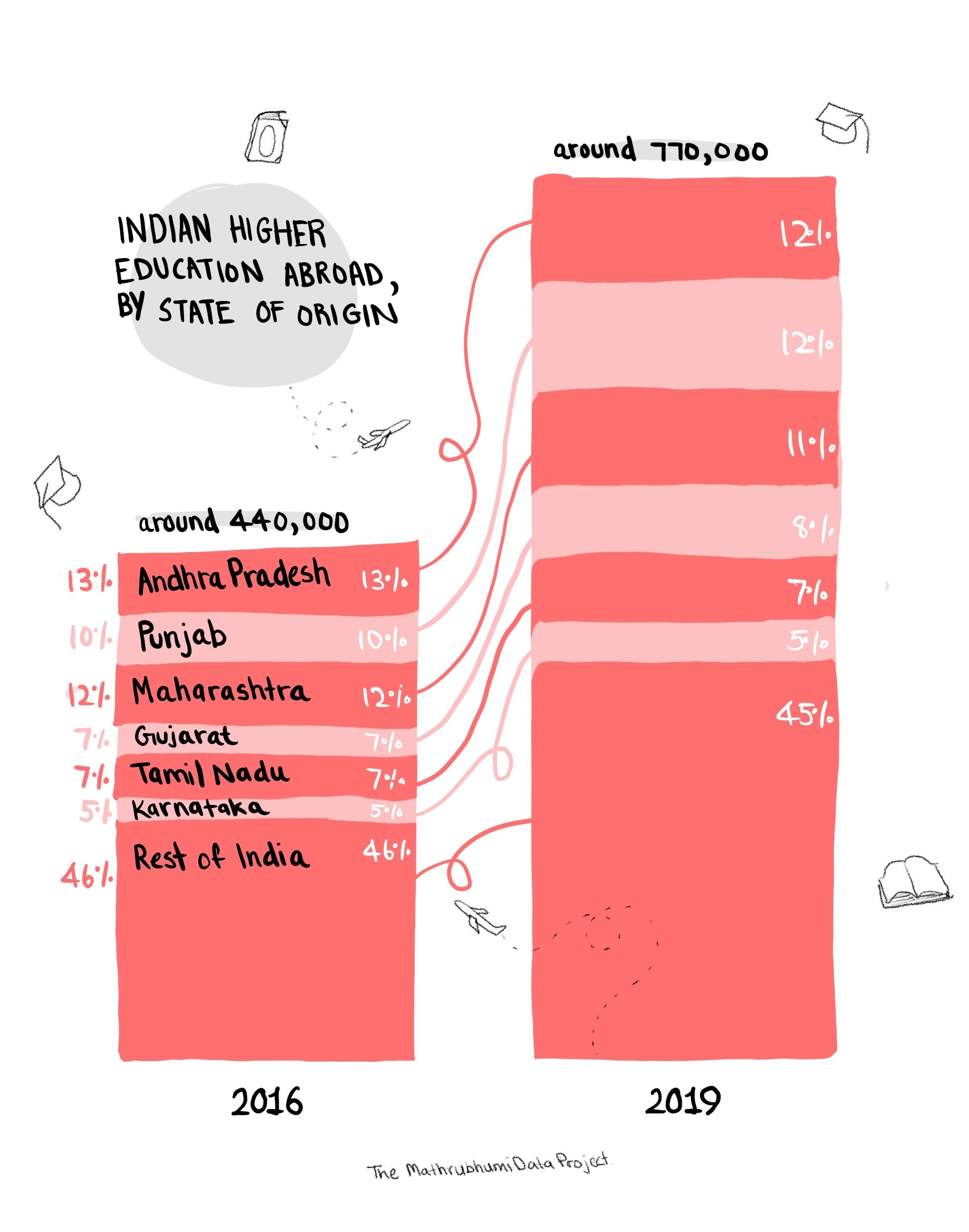 Indians going abroad for studies in large numbers. It is increasing every year. During the lockdown, more time was spent on the Internet as a positive factor. Then strong advertising campaigns by institutions working in this field. The fact is that it has gained momentum.

Apart from the level of education, the social security and high standard of living in the respective countries motivates our youth. This is due to the realization that the kind of facilities they want are not available in their own country. Young people going abroad from here do not make decisions based on the world ranking of the institution they are going to study.

More and more young people go to countries where they can get a student visa as soon as possible and get citizenship or permanent residence visa after studies. This becomes clear if a study is done based on the courses chosen by the youth, institutions as well as countries. Only a very small number of young people go for higher studies after studying the courses and institutes very seriously.

A radical change is necessary for the education sector of our country. Only a few institutions from India feature in the world rankings from primary level to higher education level. When our institutions become world-class centres of excellence, to some extent our youth will want to stay in our country," said Philip Thomas, a skill development expert. “I believe it’s not majorly about the quality, it’s about the various fields they offer. India, indeed, has a lot of accredited universities, but those universities would rarely offer a field that isn’t mainstream- engineering, medicine, journalism, commerce. If you have a look at the courses the universities abroad offer, so many in number! From wine journalism to chemical and bio molecular engineering, there are courses that are probably just heard of in India but haven’t really been explored.

The work culture- countries abroad have a system of each child having their own struggles and making it on their own. Yes, it may not be applicable for all, but it helps the students to understand and appreciate even the smallest of jobs around them, help them make adequate money to at least sponsor their education (to some extent).

In India, companies usually exploit students by giving them low stipend. Companies abroad also have a better standard and pay grade for students because even the company owners went through this at some point (relatability)”, said Praneet Kaur, Associate Consultant at Archetype, Delhi.

Two philosophers and a political theorist: An allegory of Indian public ...