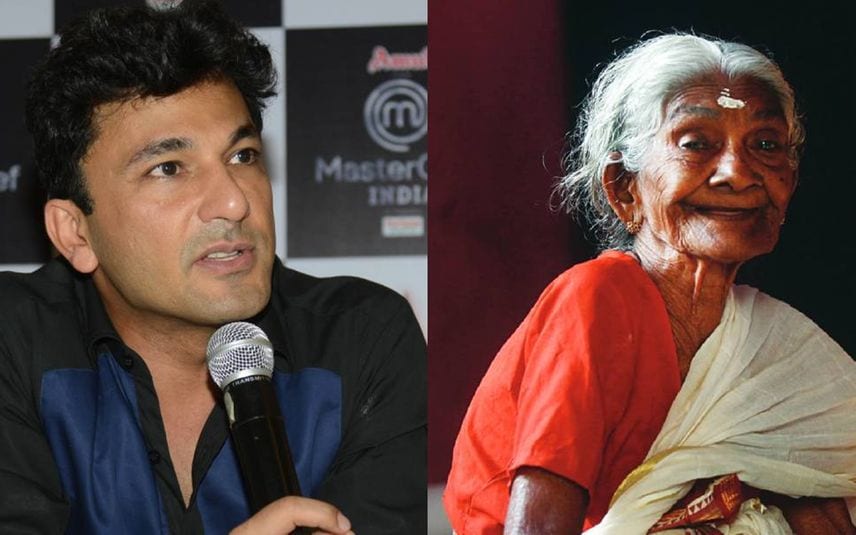 New Delhi: After directing a critically-acclaimed documentary on the inspirational story of Kerala's legendary Karthyayani Amma, celebrity chef-writer Vikas Khanna is now out with an illustrated children's book on her remarkable life journey.

"Barefoot Empress", the title borrowed from the documentary, is published by Bloomsbury.

It is the story of Karthyayani Amma who, having never had access to education as a girl, when finally got a chance to study at the age of 96, cleared the fourth standard with flying colours -- scoring a stellar 98 out of 100.

The nonagenarian was the oldest among the 43,330 candidates who appeared for the 'Aksharalaksham' test, a fourth standard equivalent examination. She dreams of studying up to grade ten.

"One of those tales that everyone can relate to and a character all can love. 'Barefoot Empress' will inspire young and adult alike," said Krishan Chopra, editor-in-chief at Bloomsbury, in a statement.

Karthyayani Amma, a widow and mother of six hailing from Alappuzha's Haripad municipality in Kerala, swept the streets outside temples in her village to bring up the children.

In 2019, she became a Commonwealth of Learning Goodwill Ambassador. She was also awarded the 'Nari Shakti Puraskar' by former president Ram Nath Kovind on Women's Day in March, 2020.

Amritsar-born Khanna has previously authored books such as “Barkat: The Inspiration and the Story Behind One of World's Largest Food Drives FEED INDIA” (2021), “My First Kitchen” (2017), “UTSAV: A Culinary Epic of Indian Festivals” (2017) and “Indian Harvest: Classic and Contemporary Vegetarian Dishes” (2015).

The book, priced at Rs 350, is currently available for sale on offline and online stores.