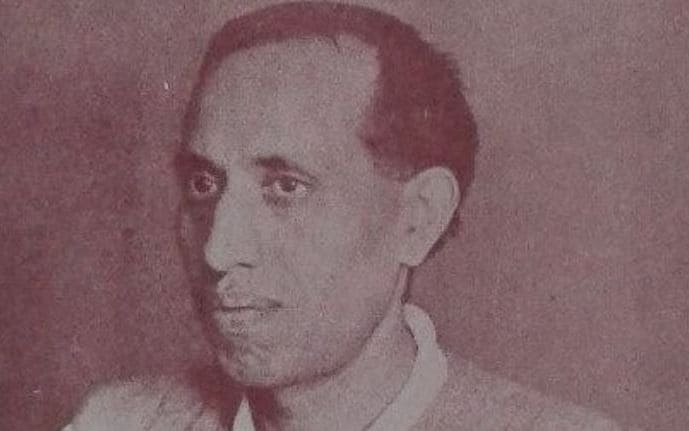 CPI(M) General Secretary Sitaram Yechury''s recent references to “atheistic spirituality” caught much attention. Though Marxists are atheists, spirituality is not anathema to them as many think, he said. But what the Communists believed in was not religious or theistic spirituality which the Hindutva ideology espoused, but an “atheistic spirituality” that helped raise human consciousness and elevate humans to a higher level of humanism. According to Yechury, Sree Narayana Guru’s spirituality could be considered a step in this direction, although the sage was no atheist. Speaking at P. Govinda Pillai’s tenth death anniversary in Thiruvananthapuram, Yechury said PG had spoken on Communist spirituality when the Polish filmmaker Krzysztof Zanussi said Communists were "spiritually starved" during their famed debate some time ago at a film festival in Thiruvananthapuram.

At a time when intellectual and ideological debates are no more fashionable, Yechury’s comments may not reopen the perennial question of Communism and spirituality. Yet, they bring up the prime reason cited by many for the Indian Communist movement’s stunted growth even after eight decades of existence. Communism's perceived hostility towards spirituality claimed to be embedded in Indian society. Critics have often charged that Communist philosophy is Eurocentric and indulges in an alien lingo, idioms, and symbols, unrelatable to India’s native ethos, genius, or traditions. It is also alleged that even when Communism could accept Christian, Muslim, or Jewish symbols and their radical or liberatory elements (like Christian Liberation Theology), Indian Communists found everything repugnant about Hinduism. One could be a Christian Left or a Muslim Left, but a “Hindu Left'' is seen an oxymoron. Ironically, notwithstanding the charge of minority appeasement, Indian Communist parties still remain Hindu-dominant with no clout among the minorities to date.

In this context, it is worth remembering a largely unknown founder of the Indian Communist movement who dedicated his life to building bridges between Communism and Hinduism but ended up “marginalised and maligned.” Satyabhakta (1897-1985) was the chief organiser of the first Indian Communist Conference held at Kanpur in December 1925. This was immediately after the arrest of Communists like Singaravelu Chettiar, S.A. Dange, and others in the legendary Kanpur Bolshevik Case for conspiring against the British Crown.

Born in Bharatpur, Rajasthan, Satyabhakta’s original name was Chakan Lal. Attracted to the freedom movement and Gandhiji, he partook in the non-cooperation and the Swadeshi movement. But like many others, he soon got disillusioned with Gandhian non-violence and moved towards militant nationalism and Communism. Satyabhakta shifted to Kanpur during the 1920s, where he set up a bookshop selling Socialist literature. Soon he started a newspaper, “Satyug,” and wrote books like “Agle Saat Saal,” “Samyavaad and Bharat,” etc. He coined Samyavaad as the Hindi term for Communism. However, Satyabhakta was also a deeply committed Hindu and a scholar of its philosophy and epics. He believed that Communism and Hinduism essentially preached the “Ramrajya,” a utopia of equality and non-exploitation. He even likened Marx and Lenin to Hindu avatars like Krishna and Ram! Satyabhakta also launched a Communist Party in the name of Desheeya Samyavadi Dal and deliberately avoided all the foreign-sounding symbols and elements of Communism.

But Satyabhakta’s Hindu nationalistic Communism found no takers at the very Kanpur Conference held under his initiative. Prominent names who attended the conference from different parts of the country included Hazrat Mohani from UP, Singaravelu Chettiar from Chennai, S V Ghate from Mumbai, and Muzafar Ahmad from Kolkata. Chettiar was elected the President, and Ghate, as General Secretary. Although Satyabhakta was elected one of the four regional secretaries, his suggestions, like naming the party “Indian Communist Party”, (“Indian” in front) and breaking from the Soviet-led Communist International were rejected. Though the conference was held under Satyabhakta’s initiative, most leaders who attended deliberately blocked him from “capturing the party,” according to CPI(M)’s official organ, People’s Democracy, dated 24 November 2019. “Leaders of the recognised communist groups did not want Satyabhakta capture such an all India platform and decided to attend this conference…..During the course of discussions, Satyabhakta’s suggestions on the name and functions of the Party were not accepted. Satyabhakta was for naming the party as Indian Communist Party and was not for affiliation with the Comintern. He was not for internationalism, which is the basis for any communist party. These proposals were rejected by a majority of the delegates.”

Writes P. Govinda Pillai in his biography of E.M.S.Namboodiripad; “Interestingly, Satyabhakta, who had called the conference, walked out before it ended. It rejected his suggestions to make the new party truly Indian and to break all international connections. According to Muzaffar Ahmad, he never heard anything about Satyabhakta after he left the Kanpur conference tucking all his papers and other stuff into his khadi shoulder bag”.

Historian Prof. Charu Gupta, in two excellent recent articles on Satyabhakta, said he remained a lifelong Communist, writing books and articles on Communism and Hinduism without being part of any party. But, financial duress and political and familial marginalisation drove him to Mathura by 1955. Associated with Mathura’s Akhand Jyoti Institute, Sathyabhakta died poor and lonely in 1985.

Gupta says that though Satyabhakta’s (“vernacular Communist”) many ideas were erratic and uneven, they offered an alternative to Eurocentric Marxist structure and thoughts. An interplay of emotional, religious, ethical, and social ideas was much more significant to Satyabhakta’s Communism than economistic interpretations and class-oriented rhetoric or dry determinism and materialism, says Gupta. Satyabhakta’s marginalisation from the movement was mainly over his differences with M.N. Roy and Muzaffar Ahmad. In early 1927, Ahmad wrote to Roy, who could not attend the Kanpur Conference, that Communists were forced to capture the first conference as there were many masquerading as Communists who were linked to Hindu and Muslim communal organisations. “The real Communists were forced to corner reactionary elements and prevent launching a fake organisation”. Roy called Satyabhakta a government spy in 1927 and expelled him from the party. Satyabhakta hit back, calling Roy a British spy and a "hired agitator" who also received money from Moscow!

Gupta points out that Satyabhakta belonged to a tradition of north Indian Communists of the 1920s and 30s who were also firmly religious. They included “Hindu Communists” like Sahajanand Saraswati, who made a Marxist analysis of Gita, Sudarshan Chakr, who penned a Communist Ramayana with “Marx Kaand” and “Russia Kaand” (like Balakaand or Yudhakaand) or Muslim Marxists like Mohani, Akali Marxists like Sohan Singh. According to Gupta, Hindi writers and journalists of the period like Radhamohan Gokul, Ganesh Shankar Vidyarthi, and Satyabhakta “sought to create a Socialist Hindi print sphere which engaged with the religious traditions and philosophical currents of popular and classical Hinduism.”

Saying Satyabhakta’s heterodoxy was not unique, Gupta mentions Kerala’s own K Damodaran as another Marxist voice that expressed Communist ideals in diverse ways and distinct idioms. “Damodaran (1912–75) dwelled deep into ancient Indian philosophical traditions and drew on indigenous and vernacular knowledge found in the Charaka Samhita and Khagol Vidya, both Sanskrit texts, which had the potential to align with communist thought”. Damodaran also interviewed Satyabhakta as part of his research on the Indian Left’s history during the early 1970s. Satyabhakta told Damodaran that Bhagat Singh had visited his Socialist bookshop and bought a book on Russian Revolution for Rs 10. His bookshop used to be frequently raided by police.

Gupta also reminds us that in contemporary India, when militant Hindutva attempts to impose a monolithic or singular Hinduism, the counternarrative may not lie in secularism alone. It should also be seen that “while Brahminical scriptures and rituals have upheld and strengthened unequal conceptions of varnasramadharma and patriarchy, many including women, lower caste movements and sects have constantly reshaped meanings of Hinduism and stressed its multivocality.” She underscores the diversity within Hinduism, “Manusmriti sits along with Kamasutra, Shankaracharya and Manu rub shoulders with Kalidasa, Meera and Kabir, purity collides with impurities, hardening of identities coexist with syncretic practices, celibacy, asceticism and yogic practices of material detachment co-mingle with desire, eroticism and Karmic practices of sensual attachment.”

Though Satyabhakta glorified pre-colonial India, he never rubbished the Muslim contribution in its making, unlike today’s Hindu revivalists. However, Gupta points out that Satyabhakta failed to address fundamental flaws of Vedic Hinduism, like untouchability and patriarchy. But, a votary of gender equality, Satyabhakta severely criticised his favourite, Ramcharitmanas, and its author Tulsidas for denigrating women. Gupta also reveals that though he did not address untouchability, Satyabhakta married a Dalit sweeper woman and braved social ostracism, which no Brahmin Marxist of the age dared.

Gupta avers: “Satyabhakta represents some of the suppressed traditions of left dissent and takes us back to debates between internationalism and nationalism, materialism and spiritualism, class, and caste. Even if his ideas were, at times, amateur, they provide us with the everyday lived realities of communist lives and utopian dreams of equality, which need to be taken into account and historicised seriously”. Who can disagree?