India's teenage chess sensation Rameshbabu Praggnanandhaa has stormed into the semifinals of the Chessable Masters Final, beating China's Wei Yi in the knock-out quarterfinals of the online chess series. 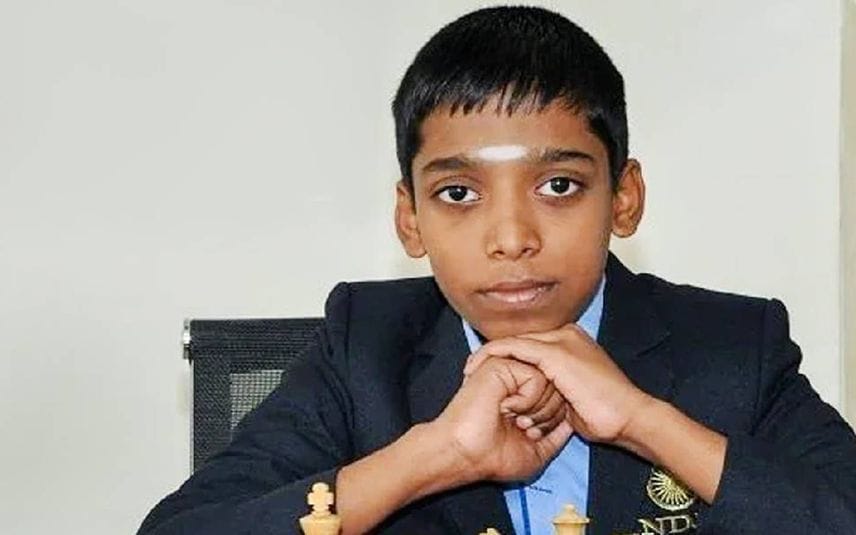 Mumbai: India's teenage chess sensation Rameshbabu Praggnanandhaa has stormed into the semifinals of the Chessable Masters Final, beating China's Wei Yi in the knock-out quarterfinals of the online chess series.

Two days after beating world champion Magnus Carlsen in a rapid game for the second time this year, the 16-year-old Pragg overcame a spirited comeback from Wei Yi to win 2.5-1.5.

Pragg now meets Dutch Super Grandmaster Anish Giri in the last-four stage. The red-hot Dutchman knocked out Norway's No.2 Aryan Tari with a game to spare as he went 18 unbeaten in the event so far.

The other semi-final in Leg 4 of the Champions Chess Tour is an equally mouth-watering prospect with world No.1 Carlsen up against world No.2 Ding Liren of China.

Giri's match was one of three left on the brink of a quick conclusion after just two games. Giri, Ding and the 16-year-old Pragg all took 2-0 leads leaving them needing just a draw in the third to go through.

Giri's match ended even quicker than expected. Tari was in a must-win situation but sprung a big surprise when he, inexplicably, offered Giri the draw that knocked him out of the tournament. The 22-year-old Tari looked totally dejected at the end and appeared to give up, according to a release by Play Magnus Group, the organisers of the event.

Pragg was made to work hard by a resolute Wei Yi but wrapped his a semifinal spot in nerveless fashion after his Chinese opponent hit back with a win in game 3.

It took their marathon tussle to a fourth game during which Pragg walked a tightrope as his Chinese opponent pushed hard for a win. Pragg defended strongly and was eventually rewarded when he found a forced draw to seal his place in the semis.

Earlier, after two games, Carlsen was 1.5-0.5 up against Spain's David Anton, having dominated the first game and drawn the second.

In the third, Carlsen played 1.f3 the Bird's Opening, rarely played at the top level, before overpowering his opponent with the killer 44.a5 to win in the endgame. Anton resigned soon after and Carlsen was into the semis with a game to spare.

Carlsen joked about his opening: "I think it's appropriate that I only wheel it out once every few years!"

The eight-day Chessable Masters, which started on May 19, offers a prize pot of up to USD150,000 and two qualifying spots for the next Tour Major. For the first stage of the event, all 16 players competed in a round-robin stage with the top eight progressing to a knockout. The final will be staged on May 25 and 26.

The overall winner of the Champions Chess Tour, which ends in November, will be crowned the world's best online chess player. IANS