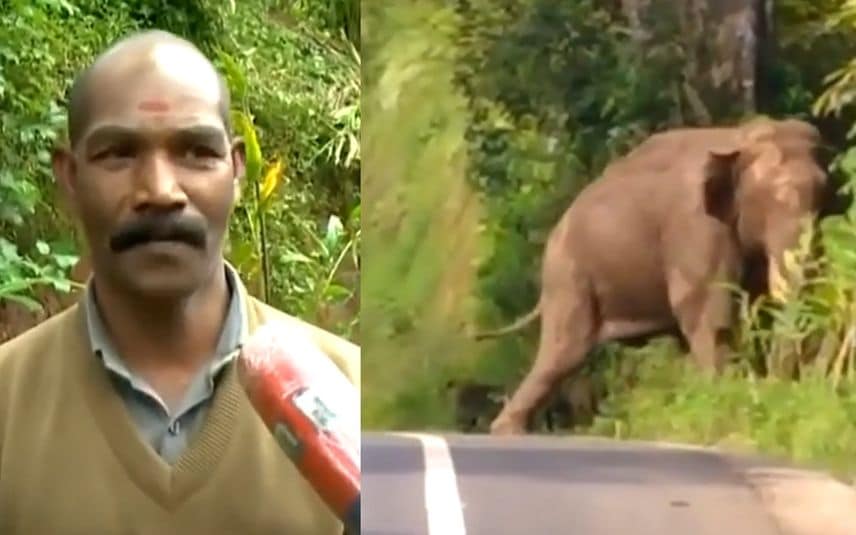 Sakthivel, the wild elephant that he scolded | Photo: Screengrab/Mathrubhumi News

Idukki: A forest watcher was killed in a wild elephant attack on Wednesday. Sakthivel, a watcher at the Devikulam range office of the forest department, was attacked while he was trying to scare off a group of wild elephants at the Panniar estate.

A video of the Santhanpara native watcher went viral two months ago. In the video, he was seen shouting at a wild elephant, and the animal returning to the forest from the road. The video of Sakthivel ‘scolding’ the elephant had made headlines in the backdrop of the increasing wild animal attacks in human habitats in Kerala.

Sakthivel was assigned to prevent wild elephant attacks in the Anayirankal area. The attack reportedly occurred around 6 am. Information about Sakthivel’s death came out around noon.

Co-op societies amendment bill will be enacted only after stakeholder consultation: Roshy Augustine