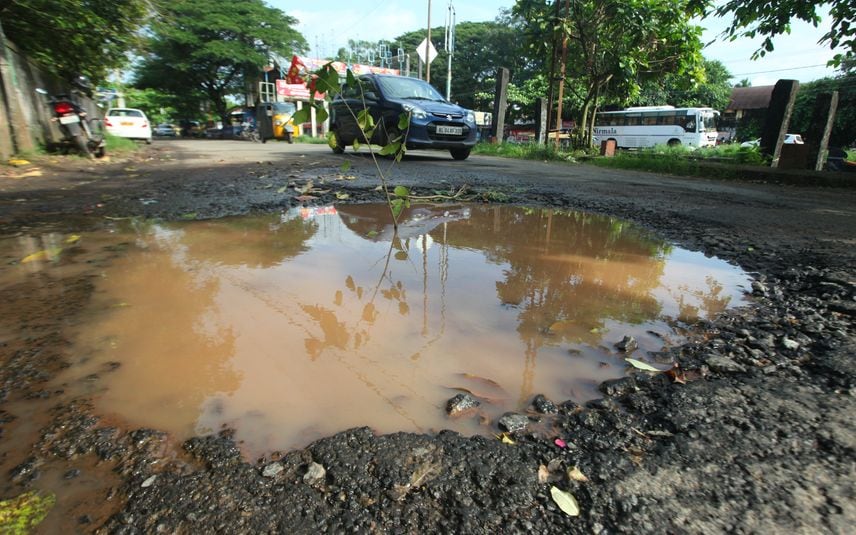 Kochi: The engineers of Public Works Department informed the Kerala High Court that no action was taken even though they have alerted the condition of Aluva- Perumbavoor road to the chief engineer. The engineers of the road fund board and the PWD appeared in the court on Monday. They were summoned during the trial of a case pertaining to the death of a bike rider Marampally native Kunju Muhammed after falling in a pothole on Aluva- Perumbavoor road.

The engineers said that they were not issued direction to carry out maintenance works even after informing the pothole-filled condition of the roads here. The repair works were stalled citing that renovation would soon be conducted on the four-lane path by including it under the projects of KIIFB. Meanwhile, the engineers of the Road Fund Board said that the four-lane road renovation charge was transferred to them only on June 27 and the works commenced on July 14. Hence, the project was taken up at a record speed.

The court questioned whether the engineers are required only for passing bills and discarded the claim over lack of funds. A life is more valuable than the treasury fund. The existing roads remain damaged when the discussions for new routes are ongoing in the state, observed the court.

The court will consider the case again on October 6. Reports were submitted to the district collectors of Ernakulam, Thrissur and Malappuram, elaborating the poor condition of roads. The Court noted that the state government assured to finish repair works of Aluva-Perumbavoor road within 10 days.

The High Court reminded that the prime responsibility of accidents caused due to damaged roads will be on the engineers and the court will not refrain from taking action against them.