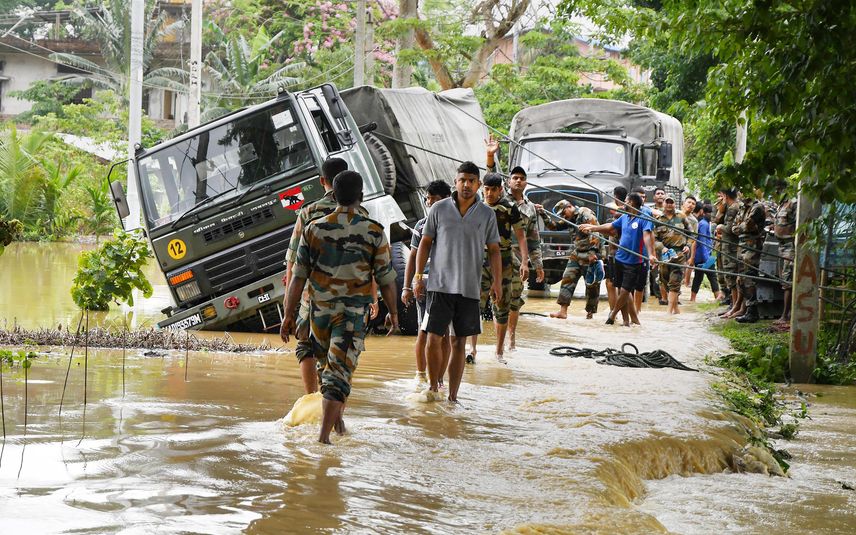 An army vehicle stuck in a flood-hit area | PTI

Assam: The flood situation in Assam continues to remain critical as nearly 6.80 lakh people in 31 districts have been reeling under the deluge.

According to the reports of Assam State Disaster Management Authority, nearly 3.40 lakh people have been affected alone in Nagaon district followed by 1.78 lakh in Cachar district, 70,233 in Hojai, 44,382 in Darrang district, 17,776 in Morigaon district and 16,382 in Karimganj district.

Four persons died on Friday after drowning in flood waters in Cachar, Hojai and Nagaon districts and the death toll in floods and landslides rose to 18.

A total of 74,907 flood affected people are currently lodged in 282 relief camps set up by the district administration.

Nearly 4 lakh animals were affected by the current wave of floods in the state.

A total of 24,749 stranded persons have been rescued with the help of the Indian Army, SDRF, NDRF and volunteers. (ANI)