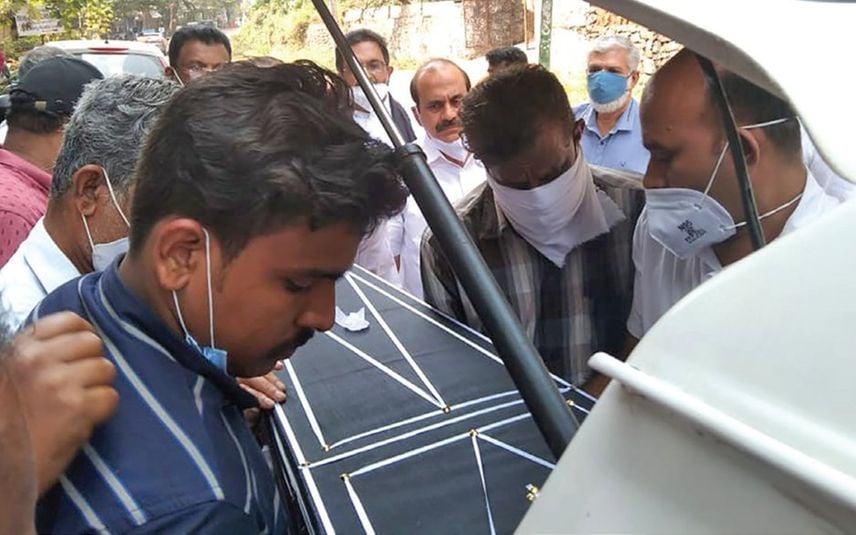 Kondotty: Marking communal harmony and brotherhood, a Madrasa here turned venue for the last rites of a Christian woman.

The last rites of 84-year-old Bridget Richards was carried out at Ponnad Thahlimul Islam Higher Secondary Madrasa here on Saturday. Her body was also kept at the Madrasa for a night due to lack of facilities in her house.

Bridget, who is a native of Kozhikode, was working in Manjeri. After retiring from job, she constructed a house on 4 cent land and was settled at Ponnad for 13 years.

Following the demise of her husband, friendship with Janaki, an old colleague was the only support in Bridget’s life.

Ponnad natives fondly called her ‘Ammachi’ keeping a good relations with her.

The woman breathed her last at Kozhikode Medical college on Friday. Her mortal remains were taken to her residence around Friday night.

Her body should be kept in the freezer till the last rites on Saturday. Her body was shifted to a classroom in Madrasa as the natives failed to take a freezer to her house.

Before shifting her body to the Madrasa, the women in the neighbouring houses including Muslim women washed the body.

A stretcher was taken from Ponnad Mahallu Jama-ath mosque for carrying the body. A priest from Kozhikode administered the last rites at the Madrasa.

After completing the last rites as per Christian ritual at the Madrasa, the body was taken to a cemetery in Kozhikode West hill.