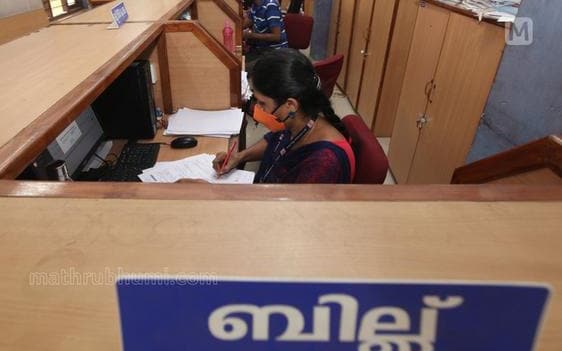 Thiruvananthapuram: The state is inching closer towards a dire economic crisis that may lead to deferred salaries of government employees. Kerala had sought to borrow a sum of Rs 4000 crore from the centre. The union government is yet to allow the state to borrow money as the row over 'miscalculation' of previous borrowings continues. It is hinted that a suggestion to set aside almost 10 per cent of salaries is being considered by the Finance Department. However, Finance minister K N Balagopal reacted that such matters relating to deferring salaries are not under consideration at present.

The treasury had imposed restrictions last year to prevent the stoppage of salaries. Restrictions have been imposed on withdrawing more than Rs 25 lakh during the month of May.

As per the limit set by the union finance department, Kerala can borrow up to Rs 32,425 cr. Normally, this is permitted in the beginning of the financial year itself, in instalments through bonds issued by the Reserve Bank of India. It also includes loans from banks and LIC.

The union government is delaying the permission stating there are issues in the statements of previous years. CAG had said that borrowings of the Kerala Infrastructure Investment Fund Board (KIIFB) and the Public Service Undertakings should also be accounted in the government's balance sheet. However, the state objected to this.

The union government has also sought explanation on the utilisation of the additional loan permitted during Covid-19 lockdown. Government sources said that the state has filed its reply and a positive action is expected soon.