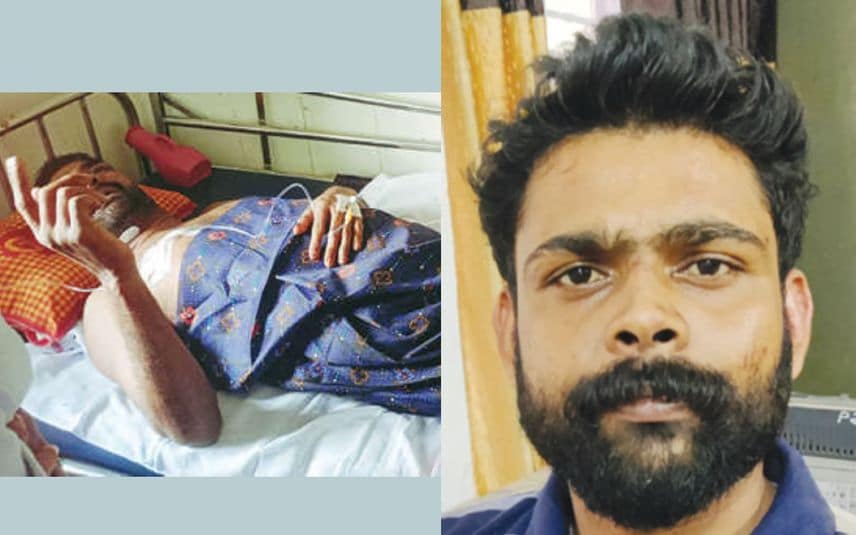 Kozhikode: The cops who rescued a couple from the attack of a drug-addicted son in Kozhikode explained the circumstances which urged them to fire gunshots in the air twice.

Even after three hours-long relentless attempts, the police officers who arrived at the spot could not subdue the youth. When he began to threaten police by placing a knife near his father’s neck, the officers fired two gunshots in the air safely. Kozhikode DCP Dr A Sreenivas directed the police force to be cautious as drug-related crimes escalate in the district.

Shine, the drug-addicted youth himself rang up the police to inform that he had already killed his parents. When police reached his house, he was pacing in the courtyard, holding a knife. Though the police brought him under control and locked him in a room here, he soon began to threaten that he would kill himself. This urged the mother to open the door. As soon as she opened the door, Shine stabbed her back and neck. When police rescued her, Shine charged upon his father Shaji lying in the next room. He was spending a few days bedridden after Shine broke his leg earlier in a brawl. Police informed that the accused had stabbed Shaji eight times and the cops had no other way, except to fire gunshots to distract the youth. A few police officers were also injured while attempting to subdue the accused.

Police informed that Shine is addicted to psychotropic drugs, including MDMA. His parents have been living in fear of Shine, who often creates a ruckus in the house after consuming drugs. Police alleged that Shine has been involved in several minor cases in connection with fights and thefts here. Shine and his parents have been residing in a rented house at Eranhipalam after selling their own house at Chelannur for meeting the expenses of Shine’s sister’s marriage.