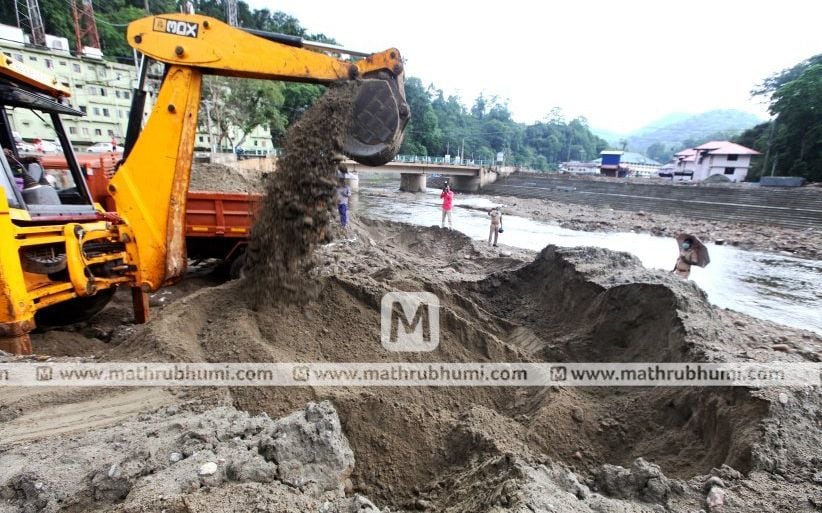 Pathanamthitta: The removal of huge deposits of sand and debris from Pampa river resumed here on Thursday.

Following the controversies over allowing a private company to remove the sand, the District Disaster Management Authority is currently engaged in the work.

The sand removal from Pampa triggered controversy after a private company initiated the work on behalf of Kerala Clays and Ceramics Products Ltd, a public sector firm. Later, the works were stopped as the forest department asserted that no permission was given for it.

Forest department and minister K Raju opposed the company’s move to shift the cleared sand from Pampa to another place. As opposition also raised allegations, the private company cancelled the work.

The works resumed after the Chief Minister criticized the forest department’s order. He noted that the sand and mud deposited on the river bed can be removed as part of the disaster management actions. He also ordered to resume the work.

Following this, on Wednesday night, district collector PB Nooh directed revenue officials to immediately report at Pampa on the wee hours of Thursday.

Forest department also granted permission to remove the sand and deposit it within 2 kilometres from the river.

Around 11 am on Thursday, the workers started removing sand from Triveni in Pampa. 30 lorries removed 500 cubic metres sand in 125 loads from the area. The sand removed from the river is being dumped at forest department’s land near KSRTC bus stand in Pampa.

BJP district representative reached the spot after getting information about the work. Protesting against the sand removal from Pampa, Congress district committee staged a protest at collectorate.