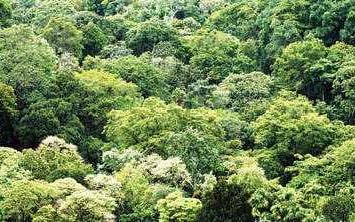 Thrissur: A study conducted by the Institute of Forest Genetics and Tree Breeding at Coimbatore found that Kerala has the most stock of carbon per hectare when compared to the other south Indian states. Kerala forests collect carbon over the national average rate.

While speaking through Facebook Live on the occasion of digital observance of World Earth Day Senior Principal Scientist at IFGTB and Alappuzha native Dr Kannan CS Warrier stated that Kerala ranks 13 in terms of carbon stock in India.

In India, greenhouse gases to the tune of around 2607.49 million tons of carbon equivalent is emitted into the atmosphere in a year. The energy sector accounts for 73 percent of the emissions, Warrier said.

Arunachal Pradesh has the maximum carbon stock of 1051.32 million tons, he further stated.

Average carbon collected in one hectare of Kerala forest region is 100.72 tons, he added.