Bike rams into another bike amidst racing at Changanassery; 3 killed 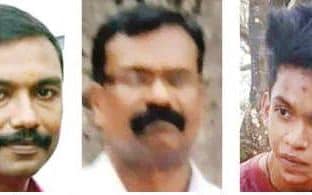 The accident took place at bypass road on Wednesday night at 7 pm. Murukan Achari and Sethunath were going to Kottayam for business purposes. Sethunath was driving the bike when Sarath’s bike rammed into it as he was racing.

All three of them were thrown on to the road under the impact of the collision and suffered serious injuries. Two of them died on the spot while Murukan Achari died at Chethippuzha hospital.

The witnesses said that another bike which was also racing left the scene without stopping following the mishap.

The bodies of the deceased are kept at Chethippuzha hospital mortuary. The relatives can receive the body after Covid test. Changanassery police completed inquest.