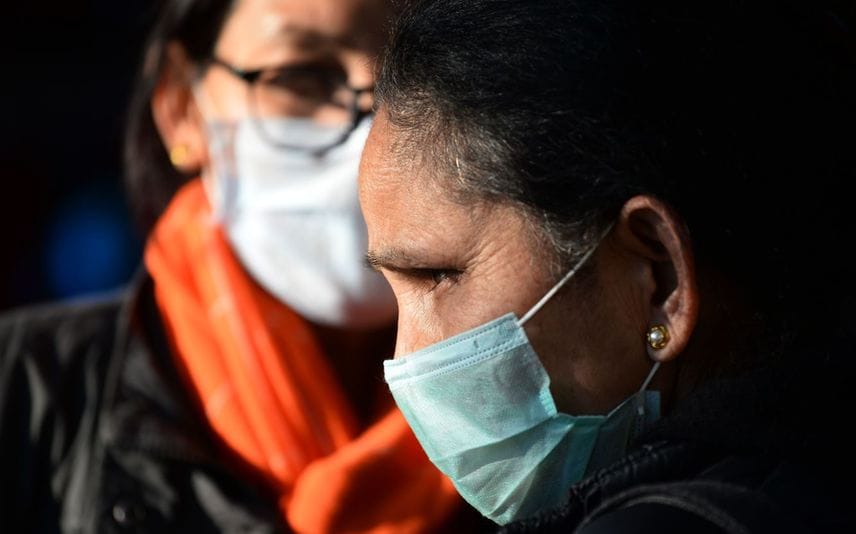 New Delhi: A meeting of Union Health Minister Mansukh Mandaviya with the senior health officials regarding the emergence of Omicron's new sub-variants concluded with the decision to continue masks and COVID19-appropriate behaviour across the country, official sources told ANI.

The team of scientists, doctors and senior officials has also recommended increasing surveillance and genome sequencing.

According to the sources, Niti Aayog member VK Paul, the Chairperson of COVID-19 working group NTAGI NK Arora, NTAGI officials, NEGVAC officials and other senior health officials, as per the official sources.

Earlier on Tuesday, Maharashtra recorded a 17.7 per cent rise in coronavirus cases compared to last week, according to a state health department bulletin.

The state has reported new Covid cases including the XBB, a new sub-variant of the Omicron variant of the SARS-CoV-2 virus, which has been detected in parts of India, including Kerala.

Apart from this, Maharashtra has reported cases from other sub-variants of Omicron- BA.2.3.20 and BQ.1 variant, which was detected for the first time in India on Monday from the sample of a patient in Pune.

XBB, a recombinant lineage between two Omicron sublineages BJ.1 and BA.2.75, is a fast-spreading variant, which was seen to have caused a spike across Singapore recently.

As per the Maharashtra Health Department report, the XBB has a growth advantage over BA.2.75 and evasive immune properties.

On October 17, India detected its first case of Omicron's BQ.1 subvariant in a sample of a patient from Pune. The BQ.1 is a descendant of BA.5, which is behind the 60 per cent of COVID cases in the United States (US), as per reports.

Some experts from the health department predicted a rise in the coming winter season, especially in a festive environment. In Whole Genome Sequencing (WGS), BA.2.75 decreased to 76 per cent from 95 per cent.

Maharashtra's health department and experts have asked not to ignore flu-like symptoms and seek medical advice at the earliest. They have advised observing Covid-appropriate behaviour in public places and getting vaccinated as per Government of India guidelines.

Experts from the department suggest that people with comorbidities need to take extra precautions while visiting public places. People suffering from Influenza-like illnesses should avoid public contact as much as possible.

The BF.7 is also reported in Gujarat which is confirmed by the Gujarat Biotechnology Research Centre. BF.7 is known as 'Omicron spawn' that was first detected in China and now reached the United States, the UK, Australia, and Belgium.

Meanwhile, the Kerala government on October 17 held a high-level meeting under health minister Veena George. It said it is intensifying preventive measures in view of the new genetic variations of COVID-19 (XBB and XBB1) being reported from other parts of the world.

"Necessary instructions have been given to all the districts. The new strain is more contagious than any other strain of Covid-19 so far. Hence the resistance is strengthened. About 1.8 per cent of those infected may require hospital treatment. There is no cause for concern at present. But everyone should be careful. Everyone should wear a mask properly for self-protection. Masks must be worn by the elderly and those with co-morbidities. The minister requested that masks be worn at the airport and in closed places," the Kerala health department said.

While talking to ANI, Dr Rajeev Jayadevan, Health Expert and Member of Task Force, Covid in Kerala, India said, "These are immune escape variants. Ever since Omicron arrived in November 2021, it has been giving off branches which divide into smaller branches. Of these, BA.2 and BA.5 proved to be stronger than the rest."

"From BA.2 and BA.5, a series of sublineages kept appearing. Each of these had additional mutations which were concentrated on the RBD or receptor binding domain of the spike protein of the virus. This is the part that the virus uses to attach to the human cell," he said.

"With convergent evolution involving about 5 frequently found mutations, the virus is now able to escape the immune response to the earlier versions, either from natural infection or through vaccination. This is why they are called immune evasive variants .BA.5.1.7 and BF.7 are names given to downstream descendants of BA.5," he further explained.

Dr Rajeev also said that as the pandemic isn't over, precautions still need to be taken, "What we must realise is that the pandemic is not over, and there will be periodic regional surges that especially coincide with festivals and group gatherings. Wearing masks indoors and preferring outdoor to indoor gatherings are safe options. The vulnerable individuals will need to be specially protected."

Give it in writing that you haven't rejected Finland training prog: Kejriwal ...