Keralite arrested in Mumbai for importing drugs worth Rs 1,476 cr in pretext of fruit business 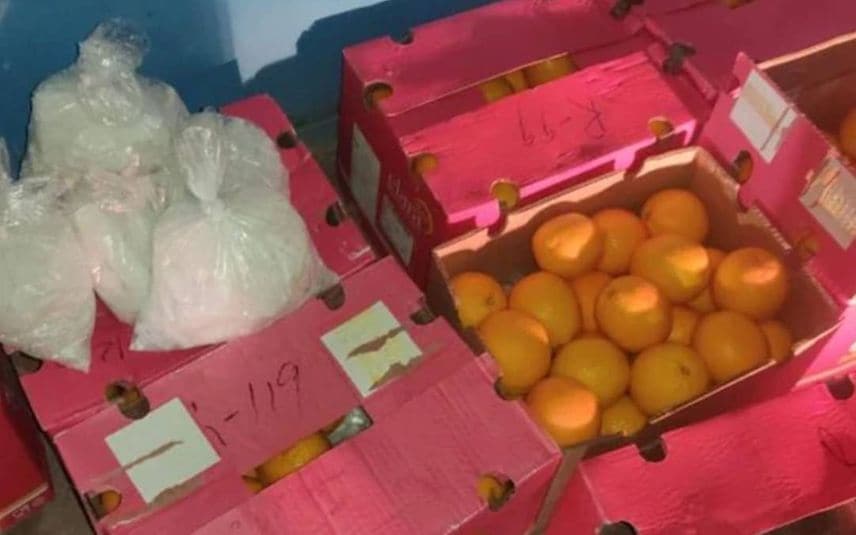 Mumbai: The Directorate of Revenue Intelligence (DRI) on Sunday arrested a Malayali businessman in connection with a drug trafficking incident in Maharashtra. The arrestee has been identified as Vigin Verghese, managing director of Yummitto International Foods Private Limited, a native of Kalady, Ernakulam. Meanwhile, search operations are underway to find another accused Mansoor Thachaparmaban, owner of More Fresh Exports SA Private Limited, in connection with the incident.

Reportedly, DRI officials have seized 198 kg methamphetamine and 9 kg cocaine, worth Rs 1,476 crore, in a raid in Vashi, Maharashtra. The drugs were smuggled under the pretext of fruit imports via Mumbai port.

According to officials, during the pandemic, Vigin had exported masks to Dubai with Mansoor’s aid. Later, he made huge profits by importing oranges from South Africa. The orders were placed via WhatsApp. Vigin kept 70 per cent of the profit while Mansoor took the remaining 30 per cent, said an official. Meanwhile, Vigin reportedly told DRI officials that he was a victim and was not involved in the trafficking.