According to the daily flood report of the Assam State Disaster Management Authority (ASDMA), one person in Silchar of Cachar district was lost to floodwaters. 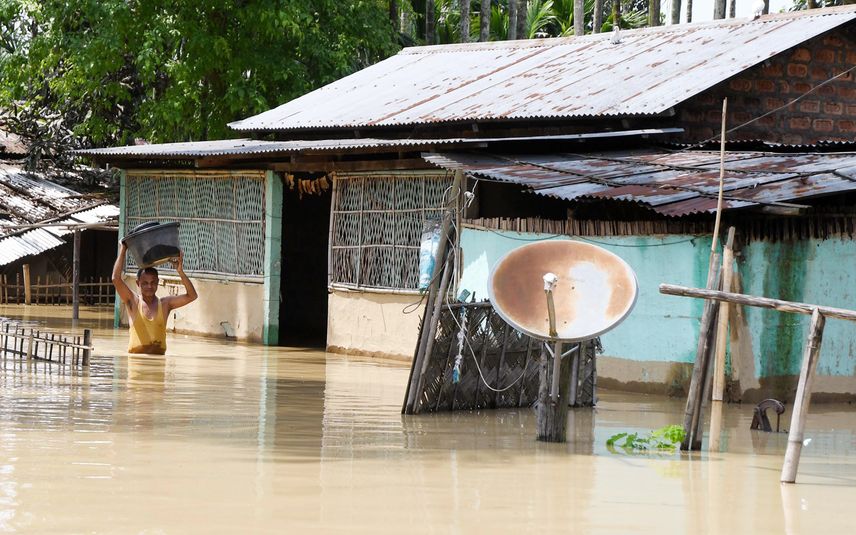 Guwahati:The flood situation in Assam has slightly abated even though the death toll rose to 25 as one more person died and over 6.5 lakh people remained affected by the deluge across 22 districts, an official bulletin said.

According to the daily flood report of the Assam State Disaster Management Authority (ASDMA), one person in Silchar of Cachar district was lost to floodwaters.

With this, the total number of people losing their lives in this year's flood and landslides has gone up to 25 across the state, it said on Monday.

Nagaon is the worst hit district with over 3.51 lakh people in distress, followed by Cachar (nearly two lakh people) and Hojai (more than 44,500 people).

Till Saturday, over 7.2 lakh people were affected by the deluge across 22 districts in the state.

At present, 1,709 villages are under water and 82,503 hectares of crop areas have been damaged across Assam, ASDMA said.

It further said authorities are running 656 relief camps and distribution centres in eight districts, where 90,597 people, including 19,555 children, have taken shelter.

A total of 2,27,529 domestic animals and poultry have been affected in the deluge across nine districts, ASDMA said.

Brahmaputra's tributary Kopili at Dharamtul and Kampur are flowing above the danger marks, the bulletin stated. PTI