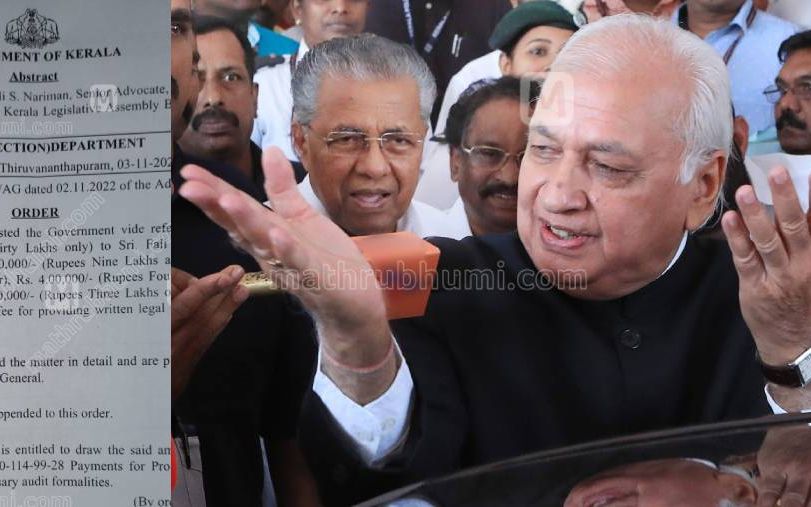 New Delhi: The Kerala government has sanctioned Rs 45.9 lakh for getting written legal opinion on Kerala Legislation Assembly bills, according to the order issued by law department.

It may be noted that this has happened at time when the tussle between the Pinarayi Vijayan regime and Kerala Governor Arif Mohammed Khan over various bills and VC appointments has escalated.

As per the order dated November 2, 2022, the government sanctioned Rs 30 lakh to Senior Supreme Court Advocate Fali S Nariman. While the money sanctioned to his juniors and clerk are as follows: BYJU'S to continue operations at Trivandrum facility after talks with Kerala ...