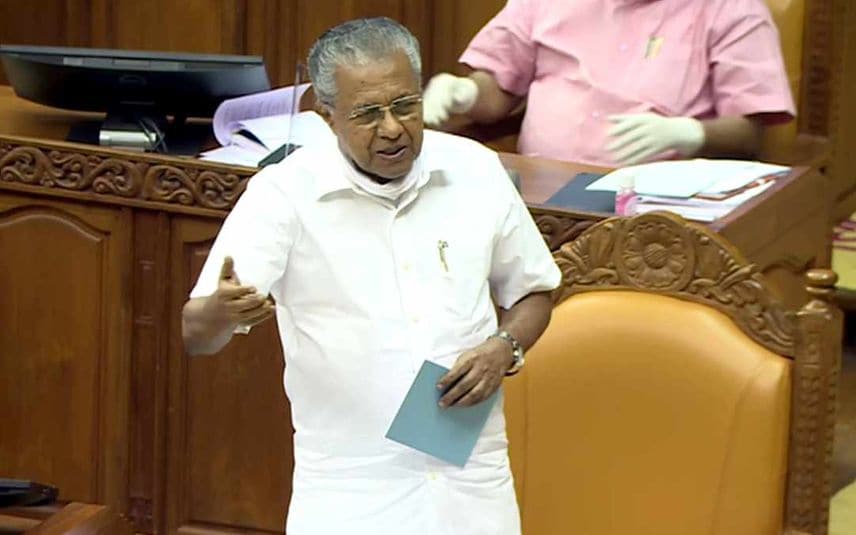 Pinarayi Vijayan also slammed the Opposition claiming that the government has failed to hold the discussion to settle the protest.

"The cabinet sub-committee held a meeting on August 19 with concerned parties soon after the initial protest in Vizhinjam. Following this, official meetings were held with the Samara Samithi on August 24, September 5, and 23, in addition, to chief-secretary level talks," he said.

He added that the government has taken a favourable stand in holding meetings to address their issues so far.

He stated that government is willing to address others issues related to the port construction. "The official stand of Latin Church is not the same as that of Samara Samithi. The diocese, in the past, has taken a favourable stand on matters pertaining to the state's development and other social issues. They hold a good rapport with the government. However, some leading figures among the protestors are influenced by external forces," he added.

It was understandable the stand adopted by the Vizhinjam protest committee was not the general stand of the Latin Church on the matter, he added.

Considering the problems and crises being faced by the fisherfolk, the government and police had shown utmost restraint when violence erupted in Vizhinjam last month, he said.

The CM criticised the attack on the police station by the agitators and said a total of 54 police personnel suffered injuries and vehicles and documents were destroyed widely.

Justifying the cases slapped against protesters and priests, he said it was the responsibility of the police to register cases as the protest committee had violated the High Court order not to obstruct the construction of the port.

It was part of the contempt of court case that some priests also had been booked by the police, he explained.

He also urged the anti-seaport agitators to refrain from provocations that may trigger unrest and hatred in society.