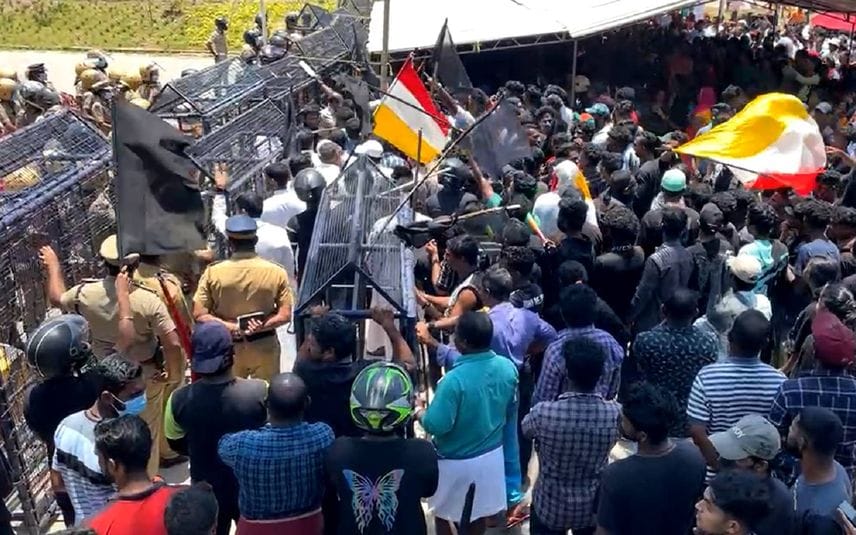 Thiruvananthapuram: Police have named Latin archdiocese archbishop Dr Thomas J Netto as the prime accused in the case registered over the clash that erupted in Vizhinjam on Saturday. The FIR states that the archbishop conspired with other priests.

Police have registered 10 cases. About 50 bishops, including auxiliary bishop Christudas and 45 others have been included in the chargesheet.

The charges include inciting violence and attacks against police and public. Police have also registered a case for forceful entry to the highly secure area under the ownership of Adani group and vandalising the office violating the Supreme Court ban.

The registration numbers of about 30 vehicles, in which the protestors reached the site, have also been included in the FIR. Charges also include destruction of public property worth Rs 2 lakh.

A total of 21 people including policemen suffered injuries in the clash on Saturday.

Violating the assurances given to the Kerala High Court, protesters in front of the under-construction Vizhinjam seaport blocked the trucks carrying construction materials to the site. On November 22, the protesters led by the Latin Catholic Church, assured the high court that they will not block any vehicles coming to the seaport.