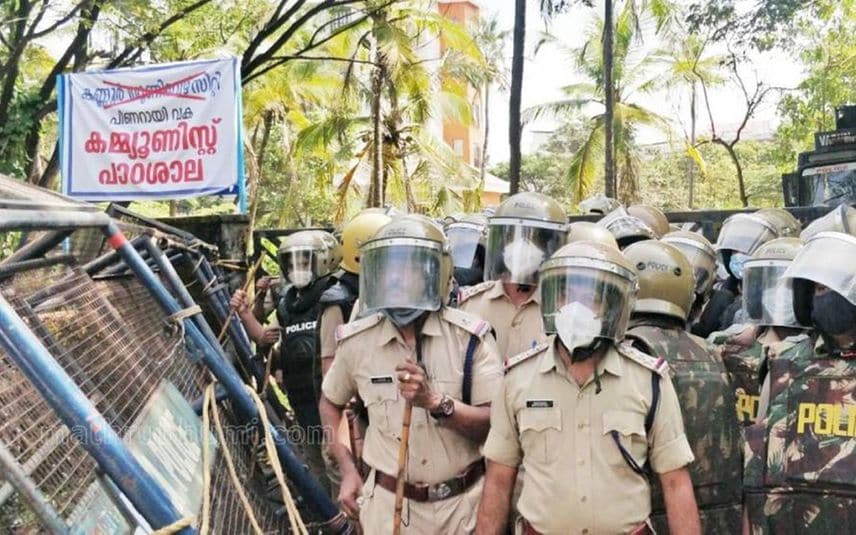 Kannur: The protest carried out by Youth Congress workers at Kannur University headquarters on Monday has escalated to into a violent brawl and police used water cannon to calm down the situation.

The police using barricade restricted the protestors in front of main gate. The protestors are demanding removal of Prof. Gopinath Raveendran from the Vice Chancellor post.

They placed a banner mocking CM Pinarayi Vijayan and CPM, in which the word 'Kannur University' is replaced with the phrase ‘Pinarayi vaka Communist Padashala’(which translates to 'a communist study centre by Pinarayi') in it.

Meanwhile, Gopinath has not yet responded to the allegations over his appointment. However, he has come with an argument that how come the Governor signed his appointment if it was not legal.

The protestors have also demanded the resignation of Higher Education minister R Bindu over her alleged interventions for Gopinath’s appointment.