She also alleged that Kalam Pasha’s brother and retired Justice B. Kamal Pasha had threatened her. 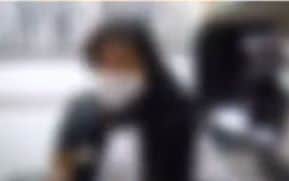 The complainant speaking to the media | Screengrab: Mathrubhumi News

Kochi: The wife of Palakkad district sessions court judge B. Kalam Pasha has approached the High Court seeking action against him.

The woman complained that Justice Pasha had issued triple talaq against her. She also alleged that Kalam Pasha’s brother and retired Justice B. Kamal Pasha had threatened her.

Later, the judge sent her another letter stating that the date mentioned in the letter was a printing mistake and that the original date was March 1, 2017. The woman said that this was an effort to avoid legal procedures by mentioning a date before the law banning triple talaq came into force.

According to the Supreme Court, the permission of the chief justice concerned is necessary to register a case against a judge. The HC had noticed the incident, which had happened two years ago. The Vigilance had held a primary investigation and prepared a report. This report is also under the consideration of the HC Chief Justice. The Chief Justice is expected to take a decision after considering all of these.

Triple talaq was banned by the SC in August 2017 following which a criminal law banning the practice came into effect.

She also alleged that Kalam Pasha’s brother and retired Justice B. Kamal Pasha had threatened her. According to the woman, Kamal Pasha threatened her that she will have to face serious consequences if she refuses to divorce him.

However, the retired judge responded that the allegation was baseless. Justice Kamal Pasha said that he had only taken part in conciliation talks.