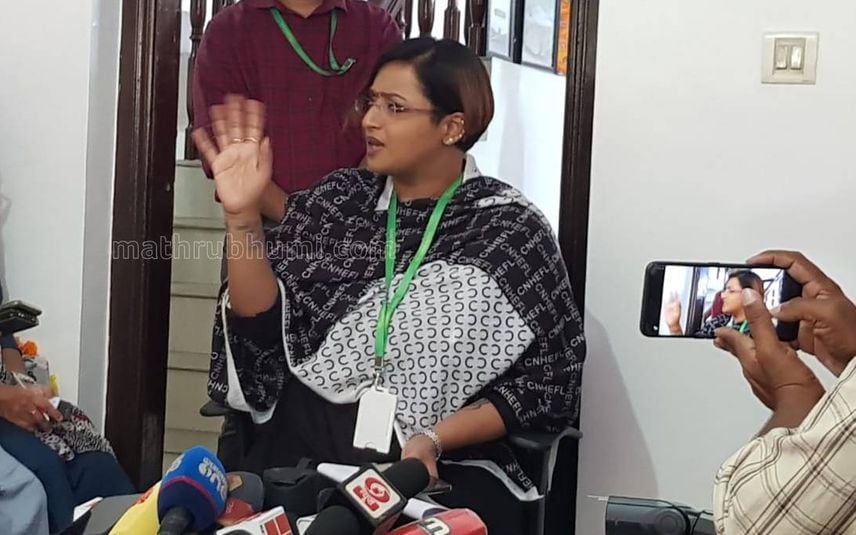 Palakad: Swapna Suresh, the prime accused in the gold smuggling case, has released the audio clips containing her alleged conversation with Shaj Kiran. Swapna alleged that 'No 1', who is said to have connection with Shaj Kiran, was indeed Chief Minister Pinarayi Vijayan.

"The funds of Kodiyeri Balakrishnan and Pinarayi Vijayan are moved to the US through the accounts of Believers Church. It was the reason why the government took action against them under Foreign Contribution (Regulation) Act (FCRA)," she said soon after sharing audio clips by holding a press meet at her residence in Palakkad. Swapna added that Shaj was a Benami of Chief Minister.

The audio clip is one-and-half hours long. According to Swapna, Shaj Kiran had threatened her to withdraw the statement against the chief minister and others in the case. She added that he threatened her on behalf of the Chief Minister. However, Shaj Kiran has denied these allegations.

"I was introduced to Shaj Kiran by M Shivsankar. He met soon after I gave a confidential statement before the court," she said. Swapna said that Shaj warned that Sarith would be taken away and would be released later.

She said that Shaj Kiran had blackmailed her and asked me to compromise on the case. Shaj had promised to help me leave the country. For that, he asked me to talk to Nikesh Kumar. Further, Shaj demanded I hand over my phone to Nikesh, she added.

Swapna also said that the voice clips were not edited and asked the media to play as it is to the public.

"I have known Shaj Kiran for a long time. Shaj Kiran threatened me. He asked me if I know who I was playing with. He said that he would not sit idle if you drag his daughter into it," Swapna said while releasing the audio.