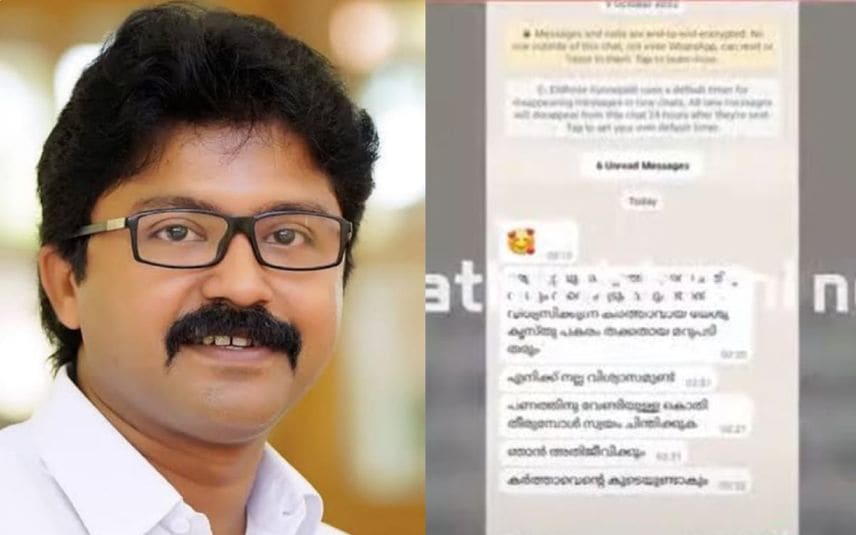 Thiruvananthapuram: Perumbavoor MLA Eldhose Kunnappillil who is facing rape charges over a complaint filed by a teacher landed in another trouble after sending a message to the key witness in the case. It is alleged that the MLA tried to influence the witness through WhatsApp.

In his message to the witness, the MLA threatened that Jesus will give a fit reply to the person for cheating him.

The crime branch slapped rape charges against the MLA over a complaint filed by a private school teacher. The complainant’s friend is named as the prime witness in the case.

It is alleged that Eldhose had sent a message to the witness around 2.10 am on Friday.

“Jesus Christ will give a fit reply to you and your family for cheating an innocent person like me. I strongly believe in him. Think well about your act once you satisfy your greed for money. I will overcome this crisis. Jesus will be with me,” reads the message sent by Eldhose.

It is assumed that Eldhose took to his Facebook page claiming innocence after sending this message. The witness has handed over the message sent by Eldhose to the police.

According to police, Eldhose Kunnappilli who moved his anticipatory bail plea is currently absconding. Amidst this, his WhatsApp message and Facebook post surfaced.

It is assumed that he will face a setback in the court over an attempt to influence the witness.