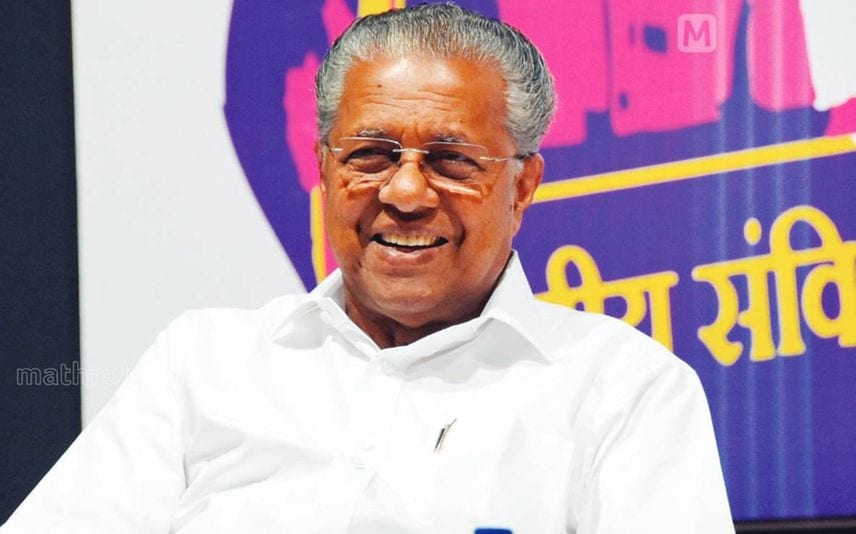 Thiruvananthapuram: Kerala Chief Minister Pinarayi Vijayan on Sunday persisted with his attack on Rahul Gandhi and questioned the Congress leader's silence over his party-led government losing power in states such as Karnataka, Madhya Pradesh and Puducherry.

Vijayan also sought to know why Gandhi was not visiting the states where Congress was directly fighting the BJP.

"Rahul Gandhi is a prominent leader of the Congress party. Is he visiting any state where the Congress is directly fighting with the BJP? What role did he play in Goa, Manipur, Bihar, Karnataka, Madhya Pradesh and the latest in Puducherry?

Why is he silent about these states? Why is Rahul Gandhi, a national leader of Congress party shying away from the places where his party directly fights with the BJP?" Vijayan asked.

The senior communist leader, who inaugurated a "Youth meet" organised by the DYFI, the youth organisation of the CPI(M), alleged that the recent controversy over the alleged deep sea fishing MoU with a foreign company was an attempt to portray the Left government in a bad light.

Describing Gandhi as a "good tourist," Vijayan said the MP's deep sea adventure during his recent visit to Kerala has given a boost to the tourism sector in the southern state.

"He (Rahul) is a good tourist. As a tourist, he visits various parts of the world. He may have gone to those parts of the world where the sea is calm and learnt to swim and may be he is an expert. But the sea here in Kerala is not like that. Thanks to his swimming episode in the sea, our Tourism department has got a boost. But now the inside stories of those episodes are coming out," Vijayan said.

Gandhi had on Wednesday ventured into the sea off Kollam with fishermen to get a taste of their life and jumped into the water when the net was cast and spent around 10 minutes swimming before returning to the shore in this southern coastal region.

"People have revealed what they got for participating in such a drama. Why are they (Congress) engaged in such drama? Just to portray us in a bad light. But the people can't be fooled. We are with the people and the people are with us. The opposition needs to understand that they need to stand with the people," Vijayan said.

The CM alleged "conspiracy" behind the signing of the MoU between a foreign company and a government agency as the state government does not have any authority to grant permission for
deep sea fishing.

"The state government does not have any authority to give permission for deep sea fishing. It rests with the central government.

Our fisheries policy clearly states that we will not allow deep sea fishing for foreign corporate companies.

He said, normally, when an MoU is signed, the concerned secretary of the department will be notified.

However, in this case, he was not. "What was the hurry? The MoU was signed and the opposition took it up. The opposition leader has all the details.

But the concerned secretary, minister and no one else came to know about it. We did not hesitate to cancel the MoU because our policy is clear and we don't have any doubt," he said.

Addressing thousands of youngsters gathered at Shanghumukham beach here, Vijayan asked them to be "more careful" as there were chances of "more such conspiracy theories" surfacing in the coming days.

Earlier in the day, the Left Democratic Front (LDF) kick-started its election campaign with the CPI(M) State secretary in-charge A Vijayaraghavan handing over the tagline for the campaign to Vijayan.

The tagline, "Urappanu LDF" which translates to "Yes, for sure it's the LDF."

"First, it translates to yes, certainly the LDF is coming back to power. The second is that it's a guarantee. The LDF is a guarantee for the people. In all the sectors it assures the people that the LDF ensures further prosperity," he said. PTI