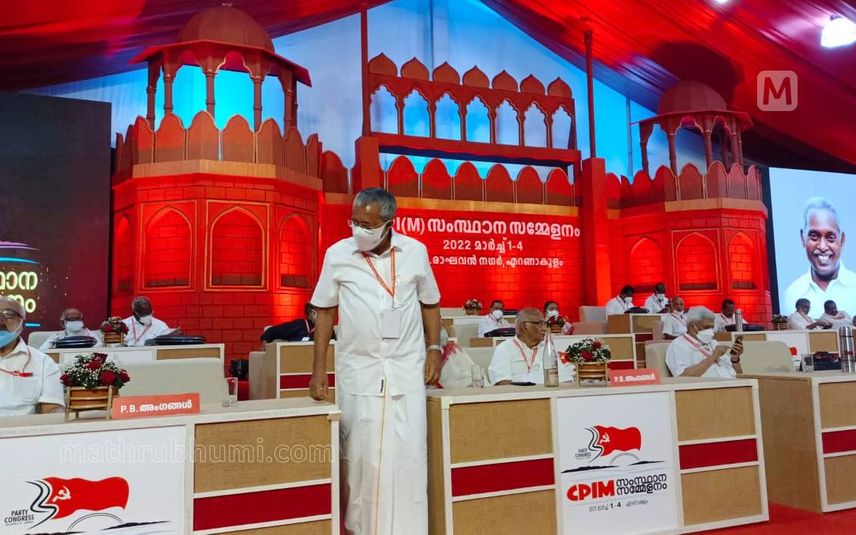 Kochi: The CPM policy document presented at the state conference here on Wednesday talked about the attitude of trade unions here and this has raised the eyebrows of Centre of Indian Trade Unions (CITU) leaders.

The policy document reports about giving prominence to private investors. Union government's wrong policy closed all doors of Kerala for help. Now, the state is left with no other option than to accept maximum private investments. The state has to welcome 'non-dangerous investments', the policy presented by Chief Minister Pinarayi Vijayan read. It is titled 'Policy document for the new Kerala'.

Besides, CM criticised trade unions for their approaches. He said there are wrong practices prevailing among the trade unions. He claimed that the trade unions are aware of their wrongdoings but continue to do the same thing knowingly.

"Trade unions have been around for decades. They are repeating some mistakes despite knowing it is wrong. If this continues, it will affect many other areas in the society," he said.

Pinarayi was primarily talking about gawking wages ('Nokkukooli'). Besides, some of the recent protests tarnished the image of the party and the government.

Kodiyeri Balakrishnan, justifying the policy proposal, said the situation has changed after the party returned to power.

CPM also plans to strengthen the grip of party fraction in CITU and other affiliated organisations of the party. The organisations cannot take a position other than that of CPM. The party leaders in such organisations will be responsible for this. Fraction meetings will be conducted regularly.

Trade union leaders fear that the policy would give an upper hand to the private investors over the workers. The conference is expecting a heated discussion on the matter.