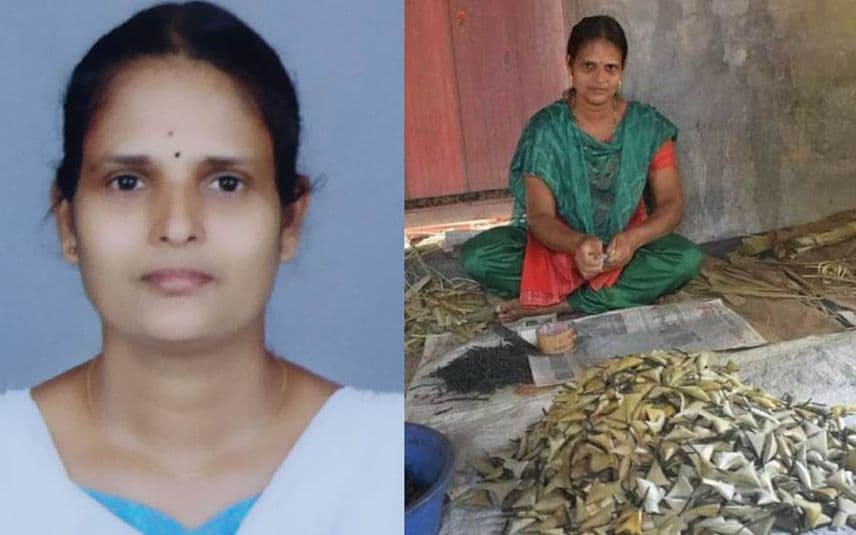 Thrissur: For the first time in history, a woman has got the Petroleum and Explosives Safety Organisation’s(PESO) license and approval to hold the fireworks display at the mega-scale temple festival Thrissur Pooram. The superwoman who obtained this opportunity is Sheena Suresh, a native of Thrissur’s Kundannoor.

Notably, she belongs to the Panthalangatt family (paternal family) who are involved in the fireworks business as an ancestral occupation for decades.

“My parents were daily wagers. I got married 21 years ago. After that only I came to know more about firework making. It is my curiousness and interest in firework making that made me engage in this field,” told Sheena.

It is important to note that though many women in Panthalangatt family are engaged in fireworks, it is the first time that a woman is getting PESO approval for big-scale fireworks.

According to Sheena, it is the support given by her husband Suresh which helped her to continue in this field. She pointed out that she has not faced any gender-related problems in this field. “This is our livelihood. So that’s why I am engaged in it,” she said.

Eight workers including Sheena's husband are involved in the firework preparations for Thrissur Pooram.

Sheena also pointed out that the firework making process is something that should be done with utmost care and safety precautions.

It is the Thiruvambady faction that gave the fireworks display contract to Sheena. While the assistance of Thrissur East Police Station officials turned crucial in getting the license.