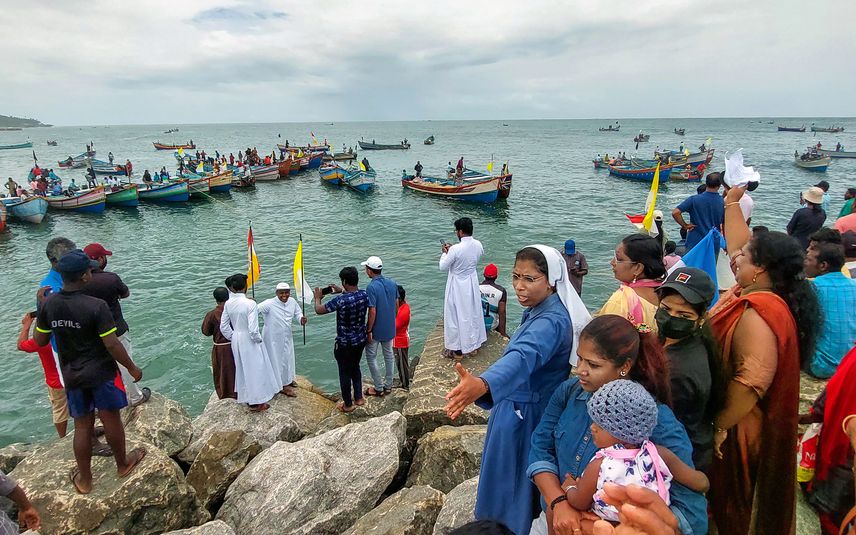 Thiruvananthapuram: In a move to intensify protest against Vizhinjam international seaport project, circulars were read in churches under the Trivandrum Catholic Archdiocese on Sunday, calling for support from the public and various organisations. The circular noted that authorities failed to address the demands of the protesting fisherfolks in Vizhinjam, and therefore, there is a need to strengthen the protest.

Meanwhile, it's been around one month since the latest protest in Vizhinjam started. Though the state government held several meetings with church authorities and assured them that their concerns will be addressed, it failed to reach a consensus.

Members of the Latin Catholic diocese criticised the "cold response" of Chief Minister Pinarayi Vijayan during a meeting. The protestors want the government to stop the project and study the impact of it on the shores. However, the government is not ready to stall the project. It had agreed to implement other demands of the protestors.

On Saturday, Churches in Kochi had extended their support to the fishermen by forming a human chain. Meanwhile, a vehicle rally launched from Moolampilly will reach Thiruvananthapuram on Sunday.