KK Shailaja not to be minister; only new faces in Pinarayi Vijayan 2.0 cabinet 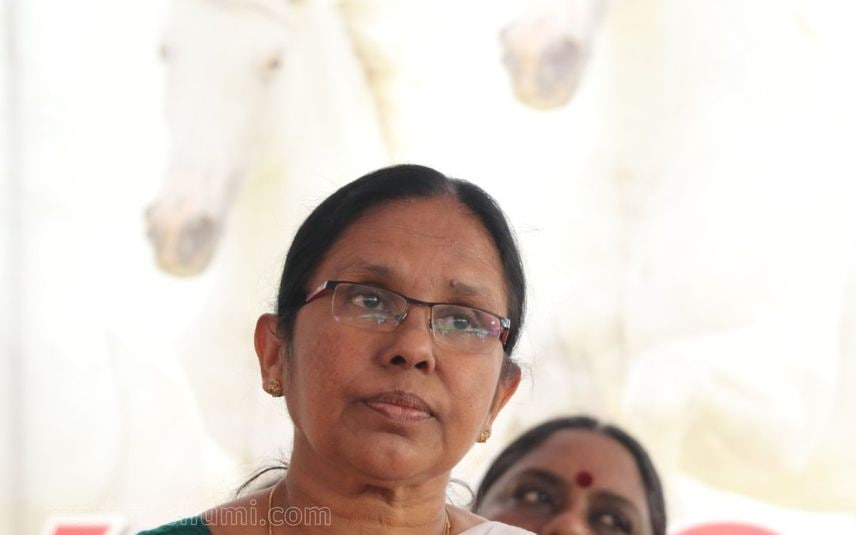 Thiruvananthapuram: KK Shailaja will not get a second term as minister in the new government, say reports. In an unexpected twist, CPM has decided to exclude KK Shailaja following the decision to add new ministers except Chief Minister Pinarayi Vijayan in the cabinet.

The decision was completely unexpected as Shailaja had won the polls with a record margin of over 60,000 votes. She is known as the best woman CPM leader in Kerala after Gouri Amma and Susheela Gopalan.

The unexpected twist happened when the party and followers confirmed Shailaja’s re-entry as health minister. Many people have described KK Shailaja as the future Chief Minister of Kerala.