Minister appeals to end Vizhinjam protest; says ‘most of their demands met’ 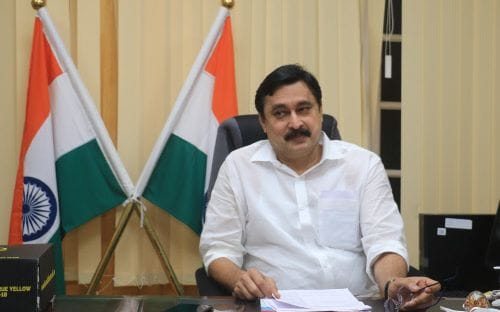 Thiruvananthapuram: Kerala fisheries minister V Abdurahiman on Thursday asked the Vizhinjam protestors to end the demonstrations as the government has agreed to most of their demands.

The government has ordered a study of coastal erosion due to the construction of the port, the seventh demand of the protestors. The stone-laying for the housing project for 500 families in Muttathara would start by the end of the month or early next month.

Fisherfolk begin next phase of protest ...

Vizhinjam port: The storm that refuses ...

Demand to stop construction of Vizhinjam ...

Construction of Vizhinjam port cannot be ...

The Minister added that the protestors should rethink if it is fair to ask halting the construction after spending crores of rupees. The port is important for the country’s development, he said.

The government has limits in dealing with the protest. But it will have to remove their makeshift pandal if the court orders, the minister said.

The fresh protests in Vizhinjam started in August this year under the leadership of Trivandrum Latin Archdiocese. The protestors want the government to stop the project and study the impact on the shores. However, the government is not ready to stall the project. It had agreed to implement other demands of the protestors. Several rounds of talks ended inconclusive.