2 killed after car rams into lorry in Kottayam 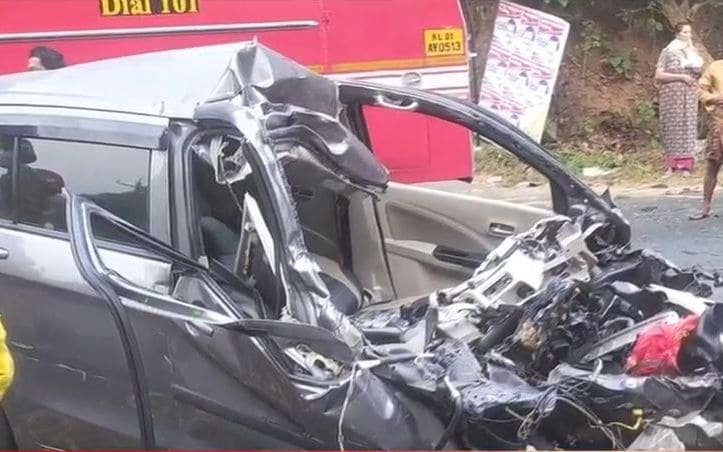 At Monipally, the car rammed into the Torres lorry after losing control. The front portion of the car was destroyed as a result of the collision. Both passengers in the car died on the spot.

Monipally is a place known for tricky roads. It is not uncommon for vehicles to overturn. After being hit by the car, the lorry lost control and plunged into a nearby canal.
Kuravilangad police and fire force unit reached the spot after the locals informed them. Soman, the driver of the Torres lorry, was also injured. He has been shifted to Kottayam Medical College.