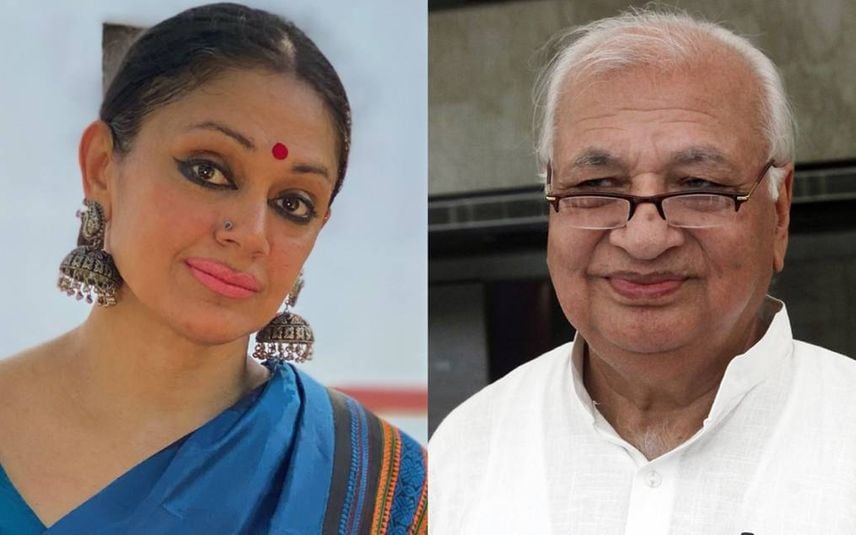 Kochi: Document reveals that the Kerala Governor Arif Mohammad Khan, who is also the Chancellor of state varsities, approved the recommendation of the syndicate of the Kalady Sree Sankaracharya University of Sanskrit to grant D Litt to three dignitaries. Congress chieftain Ramesh Chennithala had said that the Governor has not assented to the recommendations.

As per the copy of the document retrieved and published by Mathrubhumi News, the governor approved the recommendation to award the honorary degree to actor Shobhana, vocalist Dr TM Krishna and eminent scholar and former vice-chancellor of the university Dr NP Unni. According to the university sources, though the approval was received on November 3, the allied procedures and the conferring ceremony were delayed as the Governor was busy.

Earlier, Ramesh Chennithala had raised a set of six questions, including that of an alleged rift between the Governor and the state government over awarding D Litt to the President of India. Specific to Kalady Sanskrit University, Ramesh’s questions were:

Whether Vice-Chancellor of Kalady Sanskrit University, who resigned last month, had submitted the list of three persons to the Governor to confer them honorary D Litt?

If so, when was the list submitted? Whose names were on the list?
Is the University informed about why this list has not yet received Governor’s assent?