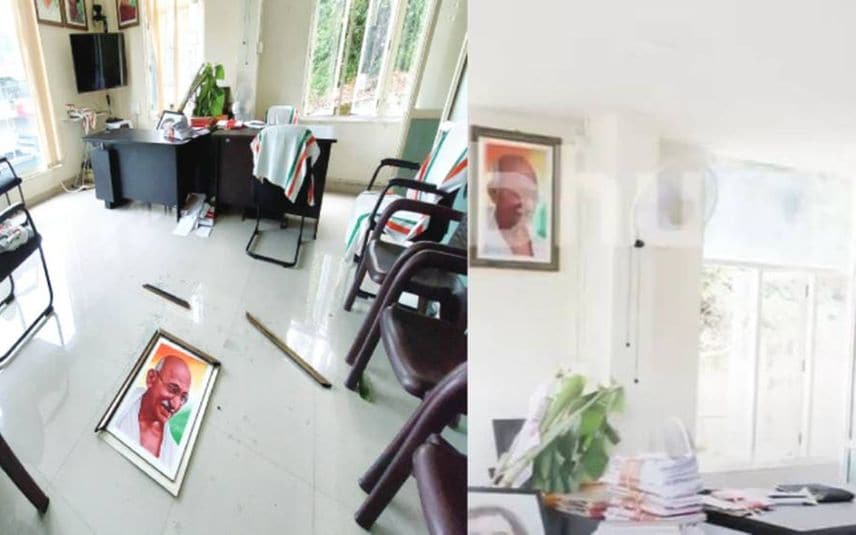 Kalpetta: Four Congress workers were arrested by Kerala Police on Friday for allegedly disrespecting Mahatma Gandhi. The action was taken on the complaint that they disrespected the picture of Gandhiji at the office of Rahul Gandhi here. The incident took place after some SFI activists vandalised the office of the Wayanad MP.

CPM, citing the visuals of the attack on the office of Rahul by SFI, argued that the Congress workers themselves broke the picture of Gandhiji to add colour to the vandalism. They claimed that the picture of Gandhiji was intact when SFI workers left the office. But it was found broken in the photos shared by Congress when they were reviewing the loss. Chief minister Pinarayi Vijayan also accused Congress workers of damaging the picture.

The police probe, however, corroborated the CPM version. The police investigation report stated that Gandhiji’s photo was destroyed after the SFI activists left the place. The arrest comes in the backdrop of this. Two of the arrested Congress members are the staff of Rahul Gandhi's office.