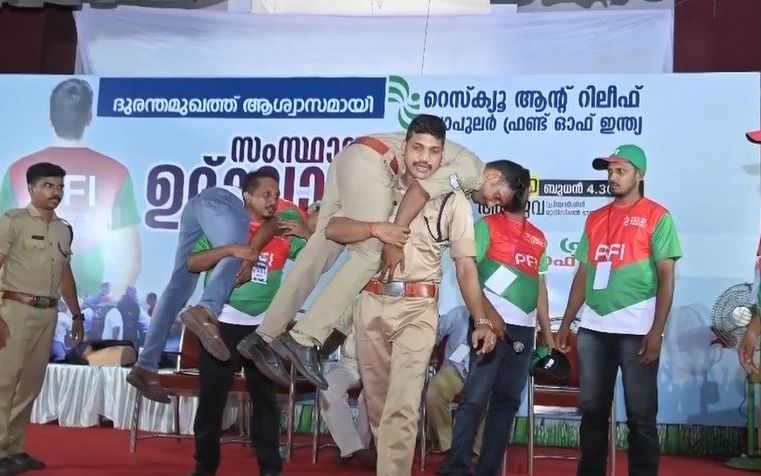 Kochi: An investigation report reveals dereliction of duty on the part of Fire Safety officers in providing training to Popular Front activists in Aluva. DGP B Sandhya has submitted the report to home department recommending action against five, including top officials, in connection with the incident.

The fire force officials trained Popular Front Relief Team at the Aluva Town Hall on the 30th of January as part of the state-level inauguration. The training was provided on topics including procedures to be followed during the disaster. However, the training was ridiculed by many on social media. Following this, a probe was initiated against the officials.