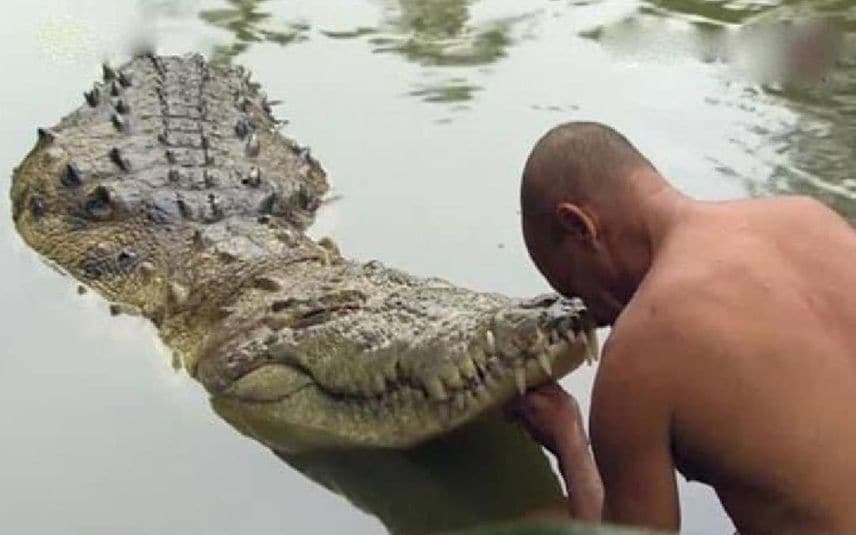 Crocodile Pocho with its master Chito

Kozhikode: A crocodile that has been living in the pond of Anantha Padmanabha Swamy temple in Kumbla in Kasaragod district died on Sunday.

Known as a 'vegetarian' crocodile as the reptile was given only the temple food, Crocodile Babiya was already popular even outside Kerala.

However, many national media houses and politicians have been circulating a wrong photo along with the news.

The photo of a man leaning his forehead on a crocodile’s nose is not from the Kasaragod temple. The crocodile is neither Babiya.

A simple reverse Google image search will take us here:

Though most of the results in this search are about Babiya, one stands out.

It is a video from a verified YouTube channel that talks about "Most Unusual Friendships Between Humans and Wild Animals." In the video, a man-crocodile relationship between a Costa Rican Crocodile 'Pocho' and its 'owner' Chito is narrated. However, this particular image is not seen in this video.

A further search about Pocho and Chito will take us to National Geographic's documentary about the extraordinary relationship between man and wildlife.

Though the original video is not available on the internet, this image is seen at 20:57 in this upload to YouTube.

Chito found the crocodile near death and nursed it back to life. The pair performed shows for tourists, reported Associated Press. This story was published in 2010. It says Chito found Pacho 20 years ago.

Fake news in name of mathrubhumi.com

Supreme Court asks Centre to use its power against 'fake news'

Renowned environmentalist Dr A Achuthan passes away in Kozhikode