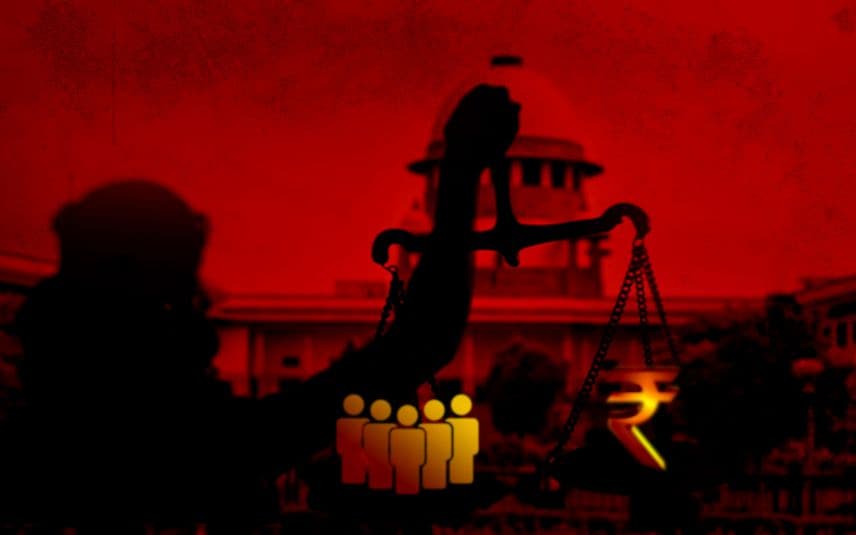 The Supreme Court on November 7 upheld 10 per cent Economically Weaker Section (EWS) reservation among the unreserved category in admissions and jobs. The apex court in its judgment opined that it is time to revisit reservation, the affirmative action system followed in India.

All major political parties have welcomed the decision. However, experts from various fraternities expressed shock and red flagged the fault lines with the verdict. Mathrubhumi English is featuring those concerns and arguments to bring them into the limelight.

The verdict can be seen as an assent towards normalising anti-representative and anti-democratic pursuits in the country. The objective of reservation was to give adequate representation. It is not a tool to alleviate poverty or financial backwardness. The financial backwardness can be cured by other welfare schemes. The idea was to restrict oligarchy. However, now with the verdict, we are taking a U-turn from the social contract we had been following. We should counter this elitism. A review petition will be filed against the verdict. Legal routes and peaceful protests should be used in the fight for representation. Sensitising people should happen parallelly.

A campaign must be initiated to such an extent that no other elected bodies should ever think of going against representation. People should make use of the power of the ballot. They should keenly observe how mainstream political parties are picking their candidates. If political parties are not giving adequate representation to disadvantaged, people should never give their votes to such parties. We must realise that economic reservation did not become a debate in the parliament and that's why it was taken to court.

Furthermore, this 10 percent for EWS is taken from the 50 percent general quota, questioning the constitutional provisions of the 50:50 rule. This will reduce the open competition to 40 percent. The first criterion for claiming an EWS reservation is that the family income should be less than Rs 8,00,000, i.e. a monthly income of Rs 66,666 qualifies for this category. The critical question is: If monthly income is Rs 66,666, is that person economically weak, as per the Indian economic scenario?

As there is no proper criteria for the EWS category, and the same is being determined based on census reports, it becomes an arbitrary decision. When there is no understanding as to the proportion of population falling within this category, there are chances that deserving people may opt out. The economic criteria, to put it more precisely the financial incapability which is the sole criteria for upholding 10% reservations itself is transient in nature. The amendment in question fails on all the anvils of equality code, because, if poverty is the rationale behind it and if it aims at providing jobs for the poor by way of reservation then, the amendment fails to address as to how the poverty of the forward class is different from that of the SCs, STs and OBCs. The inclusion of forward class and exclusion of disadvantaged class from the protection from the ambit itself crucifies the principle underlying in Article 14.

The reservation was mainly brought in as a response to right violations. When the door of discrimination closes the opportunity to disadvantaged sections, its the reservation that compensates them. The observation that ‘mere violation of the rule of equality does not violate the basic structure of the Constitution unless the violation is shocking, unconscionable or unscrupulous travesty of the quintessence of equal justice’ is quite shocking. Article 14 is one among tbe pillars that strengthen the spirit of Constitution and upholds its value. If that pillar is weakened or broken, the entire structure can be disrupted. Every provisions in the article should have a harmony with each other. The sync among them should be maintained so as to preserve the spirit of Constitution. Also each provisions must be read and interpreted keeping in mind the principle underlying the same. Hence, upholding 103rd amendment of the Constitution is violative and weakens the very philosophy of the Constitution

It's dismaying that the Supreme Court took a decision that could shake the unity and diversity of the country. This will only lead to compartmentalisation of various social groups and reinforces the old Chaturvarna System. EWS is not only anti-backward class reservation but it also sends the message that economic issues are limited to forward class. It seems our courts are ignorant about social philosophy. Even historical and documented facts get puddled in sweeping generalisation. For instance, one of the major observations in the verdict is that reservation should be revisited. However, the reality is that Mandal Commission report recommendations for the Socially and Educationally Backward Classes were implemented in the 1990's only.

Economic dimension is not part of article 16.4, the foundation of representation. Infiltration of economic dimension into this social justice and democratic representation mechanism is equal to abolishing the democratic foundations of the Constitution. Moreover, making the 'economic reservation ' or EWS reservation an exclusive prerogative of the forward or over represented caste Hindu or Savarna sections is totally exclusivist, elitist and absolutely reactionary. The already over represented monopoly Savarnas are further given undue exclusive shares and freebies as in Kerala Devaswom Board. Only representative Courts can render justice. The lack of social representation in judiciary and executive or academia or media may result in such parochial and biased verdicts shaking the representational and democratic core of the Constitution and undoing the republic and the country by alienating the people further from their rightful shares and representation in power.

EWS comes from an understanding of differential entitlement meant for different communities primarily based on the caste system. That is why the poor among reserved communities are excluded from the EWS. This attempt to project the poor among the privileged caste as the genuine poor to be concerned for, and also the invisibilisation of the poor from the oppressed communities, has been there for some time now. This creation of EWS as the new mantra of equality and inclusion is the culmination of that.

What is important is that much of the resources from and outside the state are already controlled by privileged communities, in terms of business, politics, land, employment and education. There are already positions reserved for the privileged castes through community quotas. The state-run welfare projects exclusively meant for the poor from the dominant caste have been there. So, EWS will reproduce and strengthen caste discrimination as the upper caste will concentrate more wealth and power. Through EWS, the modern Indian state and judiciary signal an intention to keep the caste hierarchy intact, which is not only supported by the BJP but also by the Congress and mainstream Communist parties. This is clearly further violence inflicted upon oppressed communities.