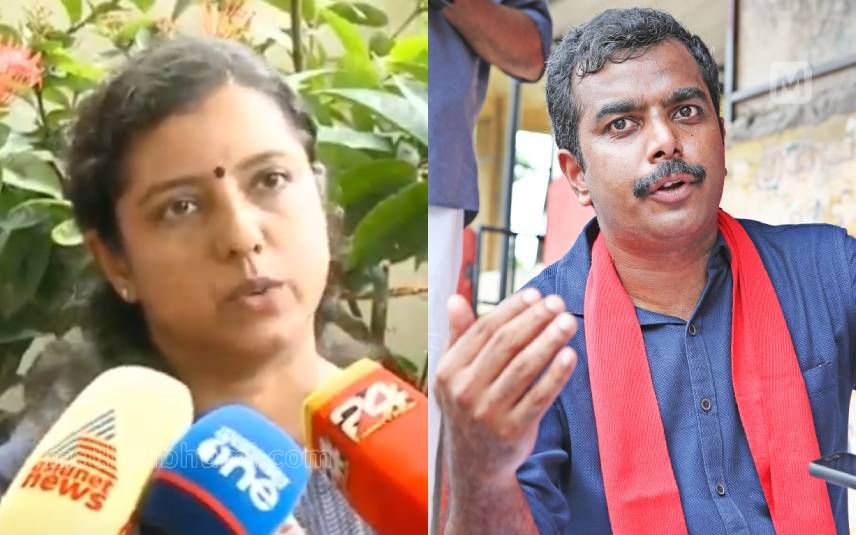 Kochi: Dr Daya Pascal, wife of the LDF candidate Dr in Thrikkakara by-election, reacted against the alleged cyberattack unleashed on social media against her husband Dr Jo Joseph. Daya said that fake videos are spreading on public network against Jo Joseph ahead of the election. She reminded that Jo Joseph and his family have to live in Thrikkakara even after the election and the children have to study as well.

“Jo Joseph is facing brutal cyberattacks soon after he was selected as an LDF candidate in Thrikkakara. We have never taken it as personal as we consider election as a fight not between individuals but between two parties and ideologies. But cyberbullying has crossed all limits now’, said Daya.

Instead of confronting election by citing development, the opposing party has resorted to defame Jo Joseph through fake videos, added Daya.

CPM had lodged complaints with the police and Election Commission regarding the cyberattacks against the LDF candidate Jo Joseph. In a press conference, CPM state secretariat members P Rajeeve and M Swaraj blamed the Congress for circulating fake videos to disgrace Jo Joseph due to fear of defeat.