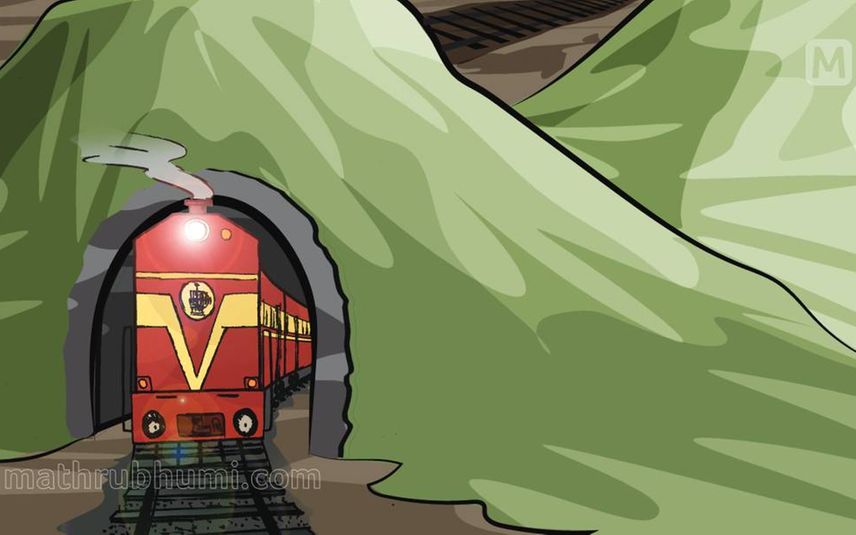 Kottayam: As the implementation of the Sabarimala railway project was delayed by months, there has been an increase of 512 percent in its construction cost. This is the statistics up to 2017. The present expense has not been calculated.

The rail project has got a new lease of life with Kerala agreeing to bear 50 percent of the estimated expense.

Though construction works started in the earlier phase, only a 7 km stretch between Angamaly – Kalady was completed. Also, the pre-construction works on Kalady – Perumbavoor 10 km stretch was carried out. But the works were stalled since then. As the project cost increased considerably, Railways gradually started retracting from the project. Later it asked the state to bear 50 percent of the construction cost.

In 2015, then state government had accepted the offer of 50:50 cost sharing. Later the government also went back on its word. Now, this stance has changed.

The project requires 416 hectares of land in Ernakulam, Kottayam and Idukki districts. 24.4 hectare land up to Kalady has been already procured and handed over. But the social impact study found it detrimental to take over 40.40 hectare land in Perumbavoor, Koovappadi, Vengoor West, Asamanoor, Rayamangalam and Chelamattam villages.

Now, feasibility study has to be conducted to take over 87.23 hectare land in Eramalloor, Mulavoor, Velloorkkunnam, Muvattupuzha, Kothamangalam and Manjalloor villages. For this the Railways is yet to complete the land marking.

The rail line passes through 12 villages in Meenachil and Kanjirappally taluks of Kottayam. However, not a single plot has been taken over yet. Though a revenue office of tehsildar functions in Pala for the purpose of land procurement, there has been no progress.

K-rail: Plight of landowners of Sabari Railway project is a sordid reminder