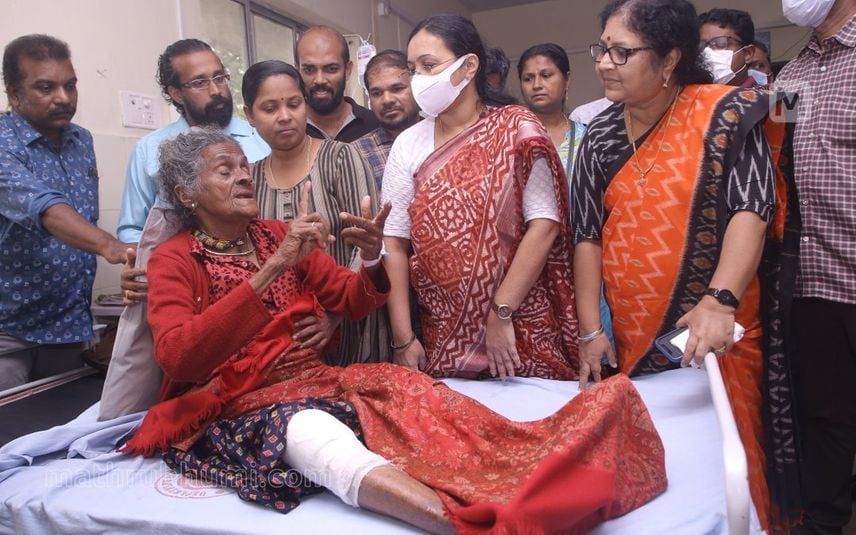 Thiruvananthapuram: Social activist Daya Bai has 'temporarily' ended her hunger strike by accepting the guarantees given by the Kerala government in tackling problems faced by Endosulfan victims in Kasaragod.

She took a glass of lemon juice from health minister Veena George to end the 17-day-long strike in front of the State Secretariat in Thiruvananthapuram.

Daya Bai started the protest on October 2, alleging that the state government abandoned the Endosulfan victims. She sought better healthcare facilities, care centres in all grama panchayats, special medical camps for Endosulfan victims and provision of home-based care for bedridden patients in the district. While accepting all these, the government told her that they cannot agree with her demand for setting up the proposed AIIMS in the district.

The first round of talks with Ministers Veena George and R Bindu turned inconclusive over this. On Tuesday, the chief minister also said in a press conference that the government cannot accept the AIIMS demand and hoped Bai would understand it and end the protest.

The ministers again met the protesting leaders and convinced their stand. Though Bai asserted that she would not give up her demand for AIIMS in Kasaragod, they reached a consensus to end the hunger strike.

The opposition has planned a rally on Friday to put pressure on the government in the matter.