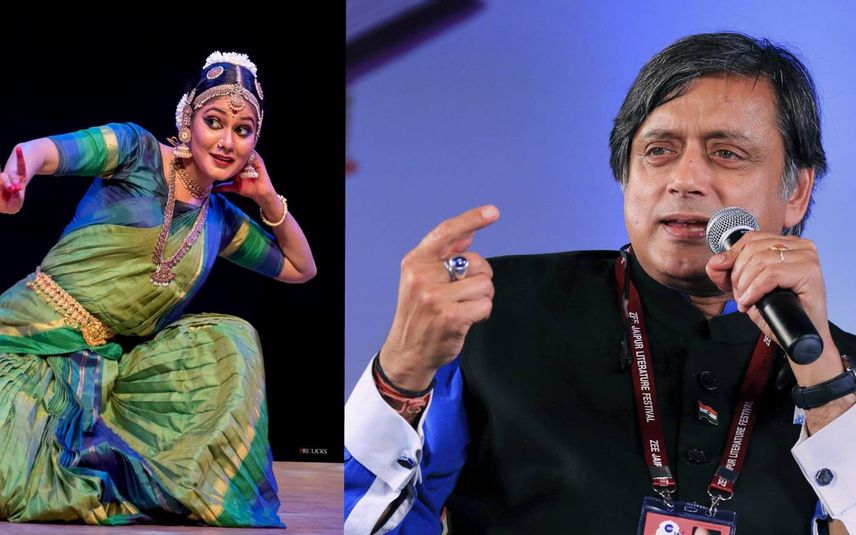 New Delhi: Congress MP Shashi Tharoor on Tuesday expressed disappointment over an atheist dancer being denied permission to perform at the famed Koodalmanikyam temple in Kerala, saying art has no religion or caste but it has been overruled by religion in this matter.

Mansiya V P, a Bharatanatyam dancer and a PhD research scholar in classical dance, on Monday took to Facebook claiming the temple officials denied her permission to perform despite her name being printed in the programme notice.

The temple officials claimed that she was denied permission as the temple tradition does not allow a non-Hindu to enter the premises.

Asked about the issue, Tharoor said as a Hindu and a citizen of India, he is disappointed with this decision.

"Art has no religion or caste, but here, art has been overruled by religion," Tharoor told PTI.

Other faiths go out of their way to attract others to respect their religion, throwing open the doors of mosques, churches, gurdwaras and synagogues to all, he said.

"As a public representative in Thiruvananthapuram, I have attended Christmas Eve Mass at St Joseph's Cathedral, celebrated Eid at Palayam's Juma Masjid and been received with honour at the sacred sites of every Christian sect," the Lok Sabha MP said.

"I have walked on the hallowed ground of the Al-Aqsa Mosque in Jerusalem, offered prayers alongside Jewish friends at the Wailing Wall there and bowed my head at the Church of the Nativity. While some Hindu temples are equally welcoming, some are not, and I deplore their attitude," he said.

Tharoor noted that temple board chairman Pradeep Menon explained that the decision is in keeping with "the existing tradition at the temple".

"Traditions, of course, change with the times: it was also the existing tradition at every temple to deny Dalits entry a century ago, but that is an unthinkable thought today. I can understand reluctance to permit access to outsiders to the sanctum sanctorum, where an idol has been installed with a 'prathishtha'," he said.

"But a dance on the temple premises? Surely Mansiya, who dances with reverence and talent, is no threat to the sanctity of the place," Tharoor asserted.

He said this is not the religion of 'vasudaiva kutumbakam (the world is one family) and 'sarva dharma sambahava (all religions are the same). These are rules made by "small-minded" men that reflect their prejudices and not the inclusive spirit of a great faith, Tharoor said.

Earlier, responding to a tweet which claimed that he was being selective in his criticism as a judge had also stopped the Mohiniattam dance in Palakkad halfway through, Tharoor said on Twitter, "I deplore that as well, all the more so since the judge was acting in his own interest (he claimed the music was disturbing him since he lived next door). Neena Prasad is one of the most famous Mohiniattam exponents and deserved better than to be so rudely interrupted by police."

Mansiya, born a Muslim, was to perform at the 10-day National Festival of Dance and Music organised by the Koodalmanikyam temple to be held from April 15 to 25. Around 800 artists are expected to perform at the temple during the fest.

"The organisers phoned me and told me that I cannot perform. When asked why, they said non-Hindus are not allowed in the temple. I said it is a national dance festival. I also said that I am a human being," Mansiya told the media.

The classical dancer told the official that she was not coming to offer her prayers at the temple but to perform Bharatanatyam.

"If they had told me that my performance was not up to the mark, then I would have been happy because that's how Kerala treats the artistes. But this was not like that. I have performed at numerous venues and most of them are in temples," she had said. PTI