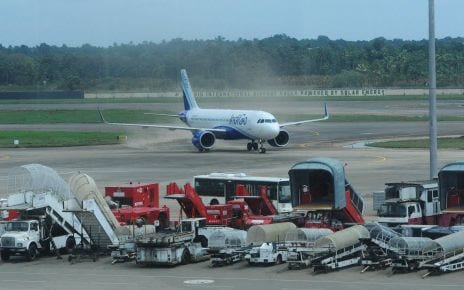 Kochi: In a whopping seizure, Customs and DRI seized 5.5 kilograms of gold from five passengers in a joint operation at Kochi International Airport.

Four men boarded from Chennai and a woman from Dubai were arrested in connection with the seizure. The men are habitual offenders who smuggle gold in international flights as domestic passengers. The customs officials believe that a passenger who came from Dubai handed over the gold to the arrested at Chennai airport.