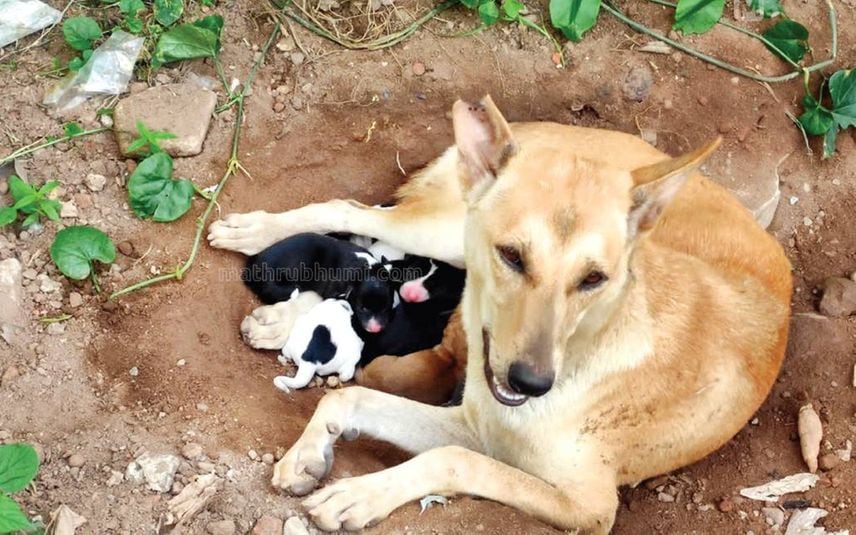 The sterilised dog with puppies

Kollam: A ‘curious case’ has been reported from Kollam’s Polayathode. A stray dog, residing near a shopping complex, has delivered puppies. What makes the scene different here is that the dog was reportedly sterilised by the Municipal Corporation! According to the locals, the dog has been here for long. They used to feed the dog and it was very playful.

In March, the dog was taken for sterilisation. The process happened at veterinary hospital in Anchalummoodu here. After that, the dog was dropped back by the authorities. It had identification mark which denotes it has been sterilised.

The dog had sustained wound on its stomach and the locals provided treatment. It was healed and the dog again became cheerful. When the local people did not see the dog for some days, it came to light that it delivered puppies. Both dog and puppies are healthy.

Locals alleged that the dog was not sterilised. The Corporation was in a hurry and the supervision for the sterilisation was improper, they claimed.

Meanwhile, Corporation has sought report from the individuals concerned. The administration maintains that strict action will be taken against lapses in duty.