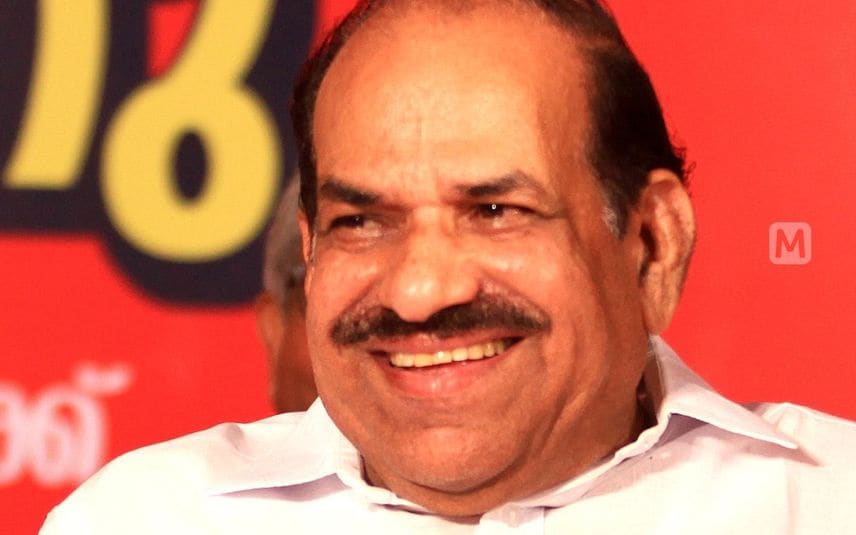 He had been undergoing treatment for cancer for some time, they said.

Considered as the second strongest leader in the Kerala CPI(M) after Chief Minister Pinarayi Vijayan these days, Balakrishnan was a politburo member of the Left party, who had served as the CPI(M)'s State secretary from 2015 to 2022.

A multiple-time MLA, he also served as the Minister of Home and Tourism Affairs in the V S Achuthanandan Ministry during 2006-2011.

Due to failing health, he stepped down as the party State secretary in August after being elected for the third consecutive term to the top organisational post early this year.

Known for his no-nonsense attitude, diplomatic skills and decision-making capabilities, Balakrishnan had been a crisis manager for the party during turbulent times.

Amid his stern and tough-faced colleagues including Vijayan, Balakrishnan set a difference with his liberal views, pragmatic approaches and above all a smiling face which earned him the epithet "smiling Communist."

Born to a humble family of a primary school teacher at Thalassery in politically volatile Kannur district on November 16, 1953, he began his politcal career through students' politics and became the State secretary of the Students' Federation of India (SFI) at the age of 20.

He served as the national joint secretary of SFI and district secretary of the Democratic Youth Federation of India (DYFI) and led the party's student and youth outfits in a commendable way braving the attacks of the political opponets and police assault during Emergency.

Making his way into the mainstream politics, he served as the Kannur district secretary of the Marxist party for five years from 1990.

In the later decades, Balakrishnan rose to various party ranks including as the member of State committee, State secretariat, central committee and finally a polit buro member in the Party Congress held in Coimbatore in 2008.

During his tenure as Home Minister from 2006-11 that the much aclaimed "janamaithri police" programme, a path-breaking initiative aimed to bridge the gap between the law enforcers and public, was implemented in the southern State.

He also proved his leadership and diplomatic skills while serving as a deputy opposition leader in the State Assembly in various years.

Participation in mass agitations and meticulous organisation of party programmes helped Balakrishnan earn a mass support base in the party.

He is survived by wife S R Vinodini and two sons.

CPI (M) State secretary M V Govindan told reporters in Chennai that the mortal remains of Balakrishnan would be taken to his home district Kannur in an air ambulance on Sunday.

The cremation would be held at Payyambalam beach on Monday, the party leaders said.

Cutting across party politics, people from various walks of life condoled the death of Balakrishnan.

Governor Arif Mohammed Khan, in his message, said his calm, friendly nature and unwavering commitment to ensuring people's welfare endeared him to everyone.

The contributions of Balakrishnan as Minister and as a leader, who earned mass support through his involvement in social causes, would be long remembered, he said.

Chief Minister Pinarayi Vijayan said he was close to Balakrishnan since his student days and his role in transforming the party into the powerful movement is of historical importance.

"Comrade has always took a tough stand against party enemies and dealt with the general issues in a mature and appreciable manner. Balakrishnan ensured not to deviate from his ideological position even while engaging in a friendly manner with everyone," he said adding that his intervention in modernising the police force wad commendable.

Earlier in the day, Vijayan postponed his trip to Europe, which was scheduled from Sunday, due to Balakrishnan's critical health condition.

While BJP State chief K Surendran remembered Balakrishnan a "smiling face of CPI(M)" and as person who could maintain a friendship even with his political opponents, Leader of Opposition in the State Assembly V D Satheesan said the demise of the Left leader was an irreparable loss to political Kerala. PTI