Kochi harbour used to have a business of upto Rs 2 crore per day. As gillnet boats are not allowed, even one fourth of the business is not available. 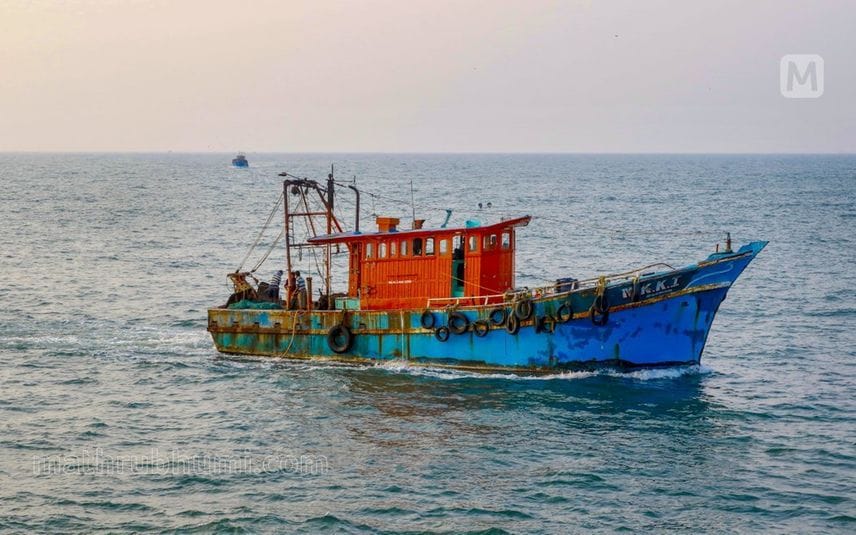 Thoppumpadi (Ernakulam): The gillnet boats, which operate focusing on Kochi harbour, are moving to other states as they are not allowed to enter the harbour in the name of COVID.

About 100 boats carrying fish left for Thengapattanam in Tamil Nadu and Malappa in Karnataka due to the restrictions. With this, Kochi harbour is facing severe crisis.

Gillnet boats have been operating in Kochi for over 50 years. The government issued the notification restricting entry for the boats from other states. Though gillnet boats from Tamil Nadu came to the harbour the other day, the police and fisheries officials made them return due to protest from local boats.

About 600 gillnet boats from Thuthur in Tamil Nadu were operating in Kochi. They were not coming to Kochi for the last 7 months due to lockdown. Even after harbours reopened last month, no decision was taken regarding gillnet boats. Thousands of labourers, who depend on these boats, are now jobless.

Kochi harbour used to have a business of upto Rs 2 crore per day. As gillnet boats are not allowed, even one fourth of the business is not available. Larger fish for export like seer fish and tuna are caught by gillnet boats. Export companies used to buy fish from Kochi and the highest price was available in the harbour. However, the boats are unlikely to come to Kochi due to the restrictions.

It is alleged that the gillnet boats were granted unofficial permission for entering Kochi harbour. The fisherfolk also conducted COVID tests as per the direction of authorities. However, they were stopped after returning from the sea. Following this, they moved to other states to sell the fish.

The Gillnet Buying Agents Association demanded that the government should issue a fresh notification allowing them to enter Kochi harbour. They also submitted a memorandum to the Chief Minister, Fisheries Minister and leader of opposition and in this regard.

Fishing with restrictions allowed in Kerala

Kozhikode: In the last six months,14 cylinders and machines were seized from illegal LPG filling centres in Kozhikode district. The illegal bussiness came ..

Kochi: A meeting of Power Minister with the Officers’ Association to settle the ongoing protests in the Kerala State Electricity Board has been reportedly ..

Thiruvananthapuram: The India Meteorological Department has forecast isolated rains to continue in Kerala till Sunday. Rainfall is favourable due to the ..

Kollam: Kerala is all set to get Vande Bharat Express, the semi-high speed train that will serve from Thiruvananthapuram division. It is learned that Kerala ..

Another woman accuses Vijay Babu of misbehaviour,alleges he tried to kiss her

Kochi: Actor-producer Vijay Babu has landed in more trouble as another woman has come up with a MeToo allegation against him. She alleged that Vijay tried ..

Manjeri: West Bengal sailed into the finals of the Santosh Trophy tournament after defeating Manipur 3-0 in their semi-final match in Payyanad stadium ..