There is an allegation within the Muslim League that Ebrahim Kunju is taking using the situation to secure a seat for his son and IUML district general secretary V. E. Abdul Gafoor. 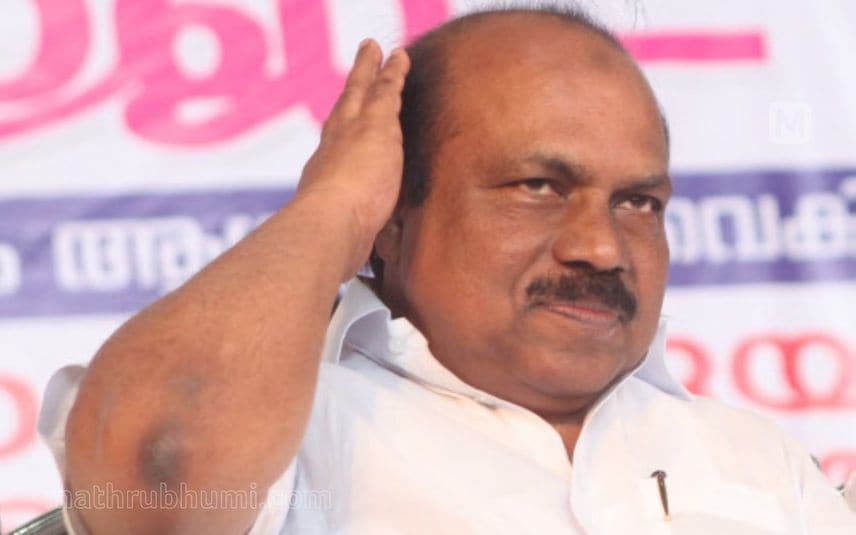 Kochi: Both the Congress and Muslim League are annoyed as former PWD minister V K Ebrahim Kunju clarified he would contest the Assembly election.

Ebrahim Kunju, who was arrested in the Palarivattom flyover scam, was granted bail on health grounds. The Congress and IUML leaders are concerned that such a person contesting the Assembly polls will put the party and the front in the defence.

Several complaints have been sent to the Muslim League leadership stating that V. K. Ebrahim Kunju's candidacy will adversely affect the party. However, supporters of the former minister are questioning the logic behind sidelining Ebrahim Kunju at a time when several other leaders facing Vigilance probes are all set to contest.

There is an allegation within the Muslim League that Ebrahim Kunju is making use of the situation to secure a seat for his son and IUML district general secretary V. E. Abdul Gafoor.

A strong faction within the Muslim League is working against Ebrahim Kunju in Ernakulam. They are searching for a new candidate. The names of former municipal vice chairman T. S. Aboobacker and Muslim Youth League state wise president P. A. Ahammad Kabeer are also being considered. The IUML district leadership has prepared a list of probable candidates.

Ebrahim Kunju is gearing up to contest again and this is creating headache to the Congress. It would bring the Palarivattom flyover scam into the spotlight once again and will be a major political weapon for the opponents.

The UDF is also planning to field former HC judge Kemal Pasha in Kalamassery. Although the UDF leadership was to offer him Punalur seat, Kalamassery is one of the seats from where Kemal Pasha had agreed to contest from. It remains to be seen if the Congress leadership will consider the move.

Sushmita Sen responds to being labelled a 'Gold Digger' over relationship ...