Collapse of under-construction bridge in Kozhikode: PWD’s vigilance wing to carry out inspection 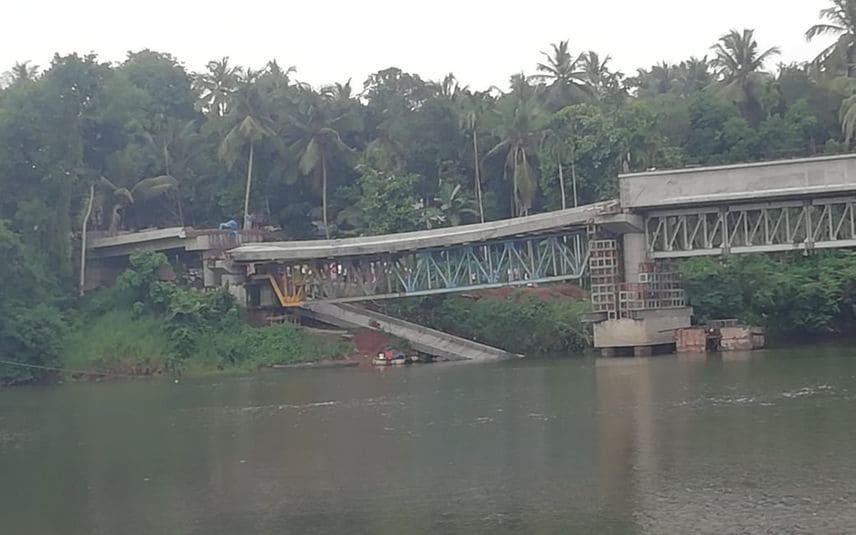 The beam that has been collapsed

Kozhikode: A day after the collapse of an under-construction bridge at Kozhikode’s Koolimadu, the Public Work Department’s vigilance panel will carry out an inspection at the site.

The team headed by deputy chief engineer M Ansar is slated to examine the under-construction bridge on Wednesday.

Uralungal Labour Contract Co-operative Society, which is in charge of the construction claimed that the bridge collapsed due to the failure of the hydraulic mechanism. The panel will examine this angle too. Similarly, Kerala Road Fund Board will also inspect the site.

Meanwhile, the Opposition has taken the opportunity to attack the government by alleging corruption. According to UDF, both the chief minister and PWD minister are responsible for this. Youth League also demanded a vigilance probe and is planning to lodge a complaint with the vigilance director. If proper action is not taken, a lawsuit will be filed, Youth League informed.

Notably, it is reported that the beam of the bridge which has been under construction since 2019 collapsed on Monday. There were no causalities.