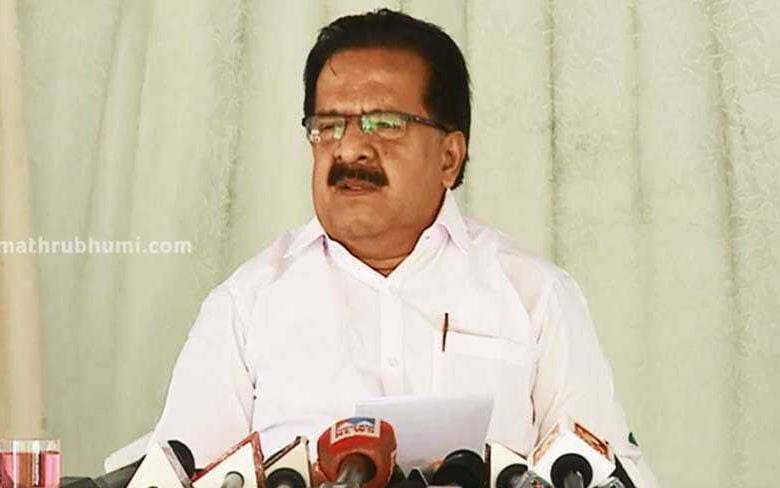 Thiruvananthapuram: Opposition Leader Ramesh Chennithala came down heavily on Chief Minister Pinarayi Vijayan and his office on Tuesday. The Congress leader alleged that no Chief Minister's office has come under the suspicion of treason so far in history.

“Chief Minister Pinarayi Vijayan’s office has become the point of corruption centre, nepotism, extravaganza and loot. For the past four years, corruption had been their main agenda. Though they always ridiculed Opposition and its fight against corruption as mere allegations, they had to retract,” he added.

Demanding CM’s resignation, Chennithala alleged that Pinarayi Vijayan has always given a silent nod to all corrupt activities undertaken by his office.

“The corruption issues in police force proved he is incapable of handling the home department. The Comptroller and Auditor General (CAG) report mentioned corruption of Rs 151 crore in the purchase at police headquarters. However, he tried to protect the DGP by hiding the corruption charges. When PricewaterhouseCoopers got a back office in Secretariat, Galaxion got a front office at police headquarters,” he further alleged.

Widespread corrupt activities have taken place in the IT department towards which CM turned a blind eye. The suspicion raised by the Opposition on BevQ app turned out to be correct. Beverages Corporation is on the verge of shut down. There are more like sand mining in Pampa, e-mobility and more, he added.

The LDF reign can be considered as ‘consultancy raj’. The number of consultancies and their authority over the state have doubled than that of previous UDF government. The most number of backdoor appointments and corruption took place using these consultancies.

“Even before land was identified for Sabarimala airport project, controversial American firm Louis Berger was appointed as consultants. The DPR preparation of the Kumarakam – Nedumbassery road also vests with them. Even a road construction in Kerala now requires foreign consultants. If our own department is incapable, why not scrap it,” Chennithala asked.

The Opposition leader demanded CM to resign and face CBI probe. He also said that Congress will stage Satyagraha under ‘Speak up Kerala’ in all wards demanding the same.