Rauf was taken into custody from Thiruvananthapuram airport when he was trying to leave the country. 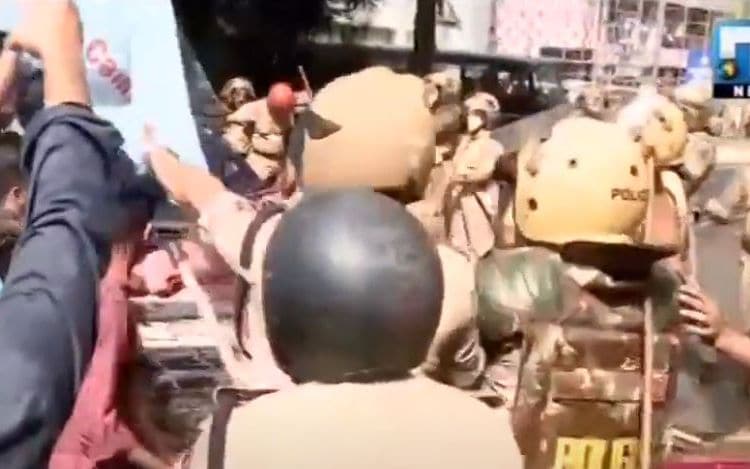 Malappuram: The police resorted to lathi charge after a march organised by Campus Front activists in Malappuram ended up in clashes. The march to the GST office in Malappuram was conducted by over 150 Campus Front activists led by their state leaders. The police resorted to lathi charge and beat up the protesters after it turned uncontrollable.

Many party workers were injured in the incident. The march was organised to protest over the arrest of Campus Front national secretary K A Rauf. They conducted the march alleging the arrest was part of the vengeance of the central government.

Kollam Anchal native K A Rauf, national general secretary of Campus Front of India (CFI), was taken into custody by the Enforcement Directorate (ED). The ED suspects that Rauf has a key role in the Delhi riots that took place in connection with the CAA. They approached the court requesting permission for a detailed interrogation.

Rauf was taken into custody from Thiruvananthapuram airport when he was trying to leave the country. The NIA had registered a case in connection with the armed training organised by Popular Front of India (PFI) at Narath in Kannur. As black money deals also were part of this, Delhi unit of the ED charged a case separately. Rauf was arrested in connection with this case.

The Uttar Pradesh police had arrested UP native Atiqur Rahman, Masood Ahmed Alam and Keralite journalist Sidhique Kappan during the journey to Hathras. They moved as per the instruction of Rauf, the ED alleged.

Rauf acted as mediator in the financial deals of CFI and PFI. It was found that transactions worth Rs 2 crore had taken place in his accounts. Though the ED requested him in custody for 10 days, the court allowed only 8 days.